Manufacturers: What you need to know about the USMCA

Bid farewell to North American Free Trade Agreement (NAFTA); the United States-Mexico-Canada Agreement (USMCA) went into effect on July 1, 2020. All industries impacted by the USMCA, including agriculture and mining, textile, financial services, etc., should review through the chapters and the implementation instructions. This alert highlights some of the key changes for the automotive industry.

While the formulas to calculate regional value content (RVC) remain the same, the USMCA sets a higher RVC threshold of 75% for passenger vehicles and light trucks.  Simply stated, 75% (rather than 62.5%) of the value of passenger vehicles and light trucks must be manufactured in North America to qualify for preferential customs treatment. The USMCA further imposes higher RVC thresholds for auto parts:

The USMCA eliminates the standard-form NAFTA certificate of origin. New procedures authorizing certifications by exporters or importers are designed to reduce the burden on automotive producers, while helping to strengthen enforcement of the USMCA’s automotive rules. However, importers of goods into the U.S. should carefully review their document preservation procedures, especially because the government may demand electronic evidence of compliance on relatively short notice.

A passenger vehicle, light truck or heavy truck is considered as originating in North America only if, during a certain time period, at least 70% of the vehicle producer’s purchases of steel and aluminum by value originate in North America. This requirement applies to a manufacturer’s corporate purchases throughout North America, and covers direct purchase, purchase through a service center and purchase contracted through a supplier.

The USMCA provides for a phased-in Labor Value Content (LVC) requirement that at least 40% of the value of passenger cars and 45% of the value of light trucks must be produced in North American facilities where workers make an average of $16 an hour (by the year 2023). This new provision is intended to help “level the playing field” for U.S. manufacturers and workers. The U.S. Department of Labor recently issued an interim final rule that provides for administration of the new wage requirement.

Mexico recently passed a labor reform statute to make unionizing and negotiating wage increases easier for workers. In the U.S., the United Auto Workers (UAW) changed its stance on the trade agreement, which led to the House of Representatives approving the USMCA. According to the UAW, it will be “vigilant” in monitoring the agreement. The USMCA creates a new streamlined dispute process for enforcement of employment law protections for workers — the facility-specific rapid response labor mechanism (RRLM). An ad hoc international dispute settlement panel can make a determination as to whether a specific facility is in compliance with Mexico's new labor laws. If it is found that workers are denied rights of free association or collective bargaining in a Mexican facility, the U.S. and Canada could suspend preferential tariffs or block the entry of goods from the noncompliant facility within only 120 days after a dispute is raised.

Canada and Mexico have agreed to raise their de minimis trade exception values, increasing the number of small shipments that will be exempt from taxes and customs duties. Customs duties will not be charged on shipments under $117. Canada will double the maximum value of tax-free shipments to 40 Canadian dollars ($29.50) from C$20 (about $14.75), and Mexico has raised its tax-free shipment threshold to $50 US dollars.

Other chapters of the USMCA affect the automotive industry as well, including the new intellectual property chapter and the updated enforcement provisions. 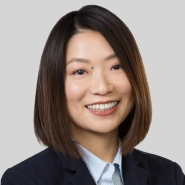