Porter Wright announced another victory in a major federal antitrust case for its client Rose Acre Farms, Inc., the second largest egg producer in the country. The United States Court of Appeals for the Third Circuit rejected an attempt by a class of direct egg purchasers to revive their case against the company. They claimed Rose Acre conspired with other egg producers to reduce the nation’s egg supply and increase prices, primarily through adherence to a cooperative designed animal welfare program.

In June 2018, a jury applied a “rule of reason” analysis to the alleged conspiracy and found that although Rose Acre participated in an agreement, its conduct was reasonable and did not violate the antitrust laws. In its appeal, the class of direct purchasers attacked the jury instructions and verdict form, claiming that the stricter “per se” standard applied. Under a per se standard, the challenged conduct would be presumed to be unreasonable.

Porter Wright’s Appellate Team, led by Jay Levine, argued that how the plaintiffs described the challenged conduct does not control the analysis to be applied and the District Court properly instructed the jury to evaluate the conduct under the rule of reason. The team further argued that the type of analysis to be applied is decided by the court based on an evaluation of the conduct and does not depend on whether the jury concluded that an agreement existed. The Third Circuit agreed.

In its opinion, the Third Circuit explained, “the whole point of the rule of reason is to recognize that there are agreements that restrain trade but do not do so unreasonably. That is the very conclusion the jury reached in this matter, after hearing five weeks of evidence and argument.”

Porter Wright has represented Rose Acre for more than a decade. In the 2018 class action case that resulted in a complete defense verdict in Rose Acre’s favor, the class was seeking more than $1 billion in damages, which could have also resulted in a $3 billion verdict after trebling. In December 2019, Porter Wright defeated a similar case brought by 12 supermarkets who opted out of the class action case. That case is now on appeal to the Third Circuit.

The case is In re: Processed Egg Products Antitrust Litigation, case numbers 19-1088 and 19-1188, in the U.S. Court of Appeals for the Third Circuit. 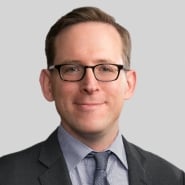