Porter Wright announced it has secured a second landmark defense win in a major federal antitrust case, its second defense verdict in jury trials for its client, Rose Acre Farms, Inc. (Seymour, IN), in less than two years.

Porter Wright defeated an antitrust class action of direct purchasers in 2018. On Dec. 12, 2019, in a case brought by 12 supermarkets, a Pennsylvania federal jury returned a verdict rejecting their claims of conspiracy to reduce egg supply.

The plaintiffs were some of the largest grocery store chains in the United States, including Kroger and Giant Eagle, that had declined to join the previous class action case.

Plaintiffs alleged Rose Acre and two industry groups conspired with others in order to raise shell egg prices, including that the defendants created an animal welfare program as a pretext to raise egg prices.

The trial team was led by Porter Wright attorneys Jim King, Don Barnes and Jay Levine. In closing arguments on Tuesday, King reminded jurors it was the egg buyers who required producers to only sell eggs produced in compliance with the animal welfare standards, and that egg prices went to historic lows after the standards were put into place.

The trial began six weeks ago, and after only a day and a half of deliberation, the jury found the plaintiffs failed to prove there was any conspiracy. The plaintiffs planned to seek roughly $1 billion in damages, which could have resulted in $3 billion after trebling.

In the 2018 class action case that resulted in a complete defense verdict in Rose Acre’s favor, the class was also seeking more than $1 billion in damages, which could have also resulted in a $3 billion verdict after trebling.

This case dates back to 2008, when various egg buyers filed a class action lawsuit against 13 egg producers.

The case is In Re: Processed Egg Products Antitrust Litigation, case number 2:08-md-02002, in the U.S. District Court for the Eastern District of Pennsylvania. 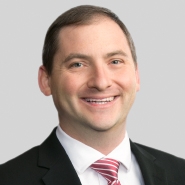