According to the fact sheet issued by the White House, this new Executive Order:

Considering the “Statement by President Joe Biden on the United States’ Commitment to Open Investment” issued by the White House on June 8, it appears that this new Executive Order is an effort by the White House to balance the need for an open environment for international investment and the need to protect Americans’ sensitive data.

In August 2020, President Trump issued a series of executive orders seeking to ban TikTok, WeChat and other applications owned by Chinese companies, stating that these apps collected “vast swaths” of data on Americans which resulted in a threat to the U.S. national security.

The orders, all of which were based on the authority granted to the president in the event of national emergencies under the International Emergency Economic Powers Act (IEEPA) and the National Emergencies Act and were all formatted in a similar style, gave TikTok and WeChat 45 days to cease operations unless they were sold by their Chinese-owned parent companies.

Subsequently, ByteDance, TikTok’s corporate owner, and users of TikTok and WeChat challenged the order in court, resulting in preliminary injunctions halting the bans. TikTok alleged that it encountered a lack of due process “as the administration paid no attention to facts and tried to insert itself into negotiations between private businesses.” The Trump Administration appealed those preliminary injunctions, but in February 2021, the Biden Administration asked the federal appeals court to stop those proceedings while it reviewed and reconsidered the proposed bans.

President Biden’s Executive Order, premised upon the same ground of national emergencies, will create a process to scrutinize whether applications controlled by foreign adversaries are dangerous to U.S. national security and the security of American citizens’ personal data. The risks posed by these applications still remain as concerns, but the new order establishes a more robust process for review, directing the U.S. Secretary of Commerce to prepare two reports.

Additionally, the new order will consider transactions involving applications owned, controlled or managed by people supporting a foreign adversary military or intelligence service that collect personal data as a “heightened risk.” In order to come up with a range of recommendations to address risks and protect U.S. consumer data, the Commerce Department will work with other agencies as the commerce secretary deems appropriate. Consistent with the criteria established in Executive Order 13873 (which was issued in May 2019 and secured the information and communications technology and services supply chain) and in addition to the criteria set forth in implementing regulations, potential indicators of risk relating to connected software applications under this new Executive Order include:

Notably, however, President Biden’s order does not affect a separate directive given by President Trump August 2020 requiring ByteDance to divest its U.S. TikTok operations. The Committee on Foreign Investments in the United States (CFIUS) is overseeing ByteDance’s compliance with that order. If approved by CFIUS as originally proposed, Oracle Corp. will purchase 12.5% shares of TikTok from China-based ByteDance Ltd. and become Tiktok’s secure cloud technology provider.

President Biden’s statement on June 8 noted the administration’s “commitment to ensuring that the United States remains the most attractive place in the world for businesses to invest and grow, thus creating jobs here at home, strengthening supply chains across the country, and deepening our relationships with allies and partners” and that “[w]e will always protect our national security, and certain foreign investments will be reviewed by the Committee on Foreign Investment in the United States for this purpose. But, we will also maintain a level playing field.” The statement and Executive Order combined point to hopes that the U.S. will continue to attract foreign investments with its open investment policy but, at the same time, create objective criteria to protect the national security. 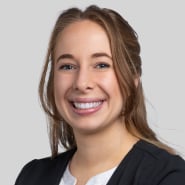