Power of attorney, or license to steal?

A power of attorney (POA) is a critically important estate planning document. Under a POA, an individual — referred to as the principal — authorizes one or more people to serve as their agent(s) with the authority to act on the principal’s behalf. This power can be limited to specific activities or may authorize a broad scope of authority. The language used in a POA determines the range of power and authority given by the principal to the agent.

With any grant of power and responsibility, there is risk of abuse. Sadly, many POAs have been used by agents for their personal benefit in contradiction of the intent and purpose of the POA. Abuses include diverting assets, altering estate plans and leaving the principal with insufficient assets for their support and care. It is important that legal professionals take the time and opportunity to counsel principals and agents regarding the selection of agents and the agent’s range of authority under the terms of a POA and relevant law.

Power of attorney execution requirements in Ohio, Florida and Pennsylvania

POAs are valid and accepted in all 50 states, and it is critical to know the state-specific requirements regarding proper execution. 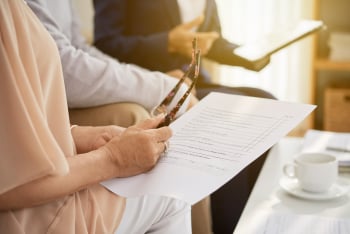 In Ohio, a principal seeking to make a power of attorney must be of sound mind. Ohio courts have held that the mental capacity of a principal to execute a POA is identical to the capacity required to enter into a contract. Specifically, the principal must understand the nature, scope and extent of their transactions. The POA must be signed by the principal, and, although signature notarization is not required, a signature is presumed to be genuine if signed before a notary public. For practical purposes, a POA should be notarized, as most financial institutions will not accept POAs that have not been notarized.

In Florida, the principal must have the requisite mental capacity to sign the POA document. Although Florida’s statutes do not quantify the mental capacity required to executed a POA, incapacity is defined as “the inability of an individual to take those actions necessary to obtain, administer, and dispose of real and personal property, intangible property, business property, benefits, and income.” Additionally, in order for a POA to be valid in Florida, the principal must sign the POA in the presence of two witnesses and be acknowledged by a notary public.

Pennsylvania law also requires a notice to be included in the POA and provides specific notice language. The notice is to ensure the principal understands the authority given in the POA and alert the agent to the agent’s duty to act in the principal’s best interest. Pennsylvania also requires that the agent execute an acknowledgment in which the agent accepts their fiduciary duties, and agrees to act in the principal’s best interest and within the scope of authority in the POA. An agent may not act under the POA until the agent’s acknowledgement is signed.

Under a POA, an agent may be able to make decisions for the principal, including payment of health care expenses, management of financial, tax, investment and legal decisions, and oversight of the principal’s real and personal property. It is important to remember that the agent is limited to the authority granted under the POA. For example, the POA may limit the agent to having decision-making authority only over certain assets.

POAs can be executed to take effect immediately or upon the occurrence of a future event, such as the incapacity of the principal. If a POA becomes effective only when a future event occurs, the POA is referred to as a “springing” power. Prior to executing a springing POA, it is important to review the legal requirements in the state where the principal is domiciled. For instance, unlike Ohio and Pennsylvania, Florida does not recognize springing POA’s created after Oct. 1, 2011. In Florida, a POA must be written for use immediately upon execution.

If the POA permits an agent to act only upon the incapacity of the principal, the POA should set forth a process for determining the principal’s incapacity. For example, incapacity determined by a court or incapacity certified by two doctors.

Ohio and Pennsylvania are both among the 29 states that have adopted the Uniform Power of Attorney Act. Florida has not adopted it.

Although different statutes govern the duties of an agent depending on the state, Ohio, Florida and Pennsylvania require the agent to owe certain duties to the principal, including:

In carrying out an agent’s duties, the Pennsylvania Supreme Court held that “a fiduciary is required to use such common skill, prudence and caution as a prudent man, under similar circumstances, would exercise in connection with the management of his own estate.” (Estate of Lohm, (Pa. 1970)).

Abuse of POA by agent

Principals should be aware of signs of abuse by their agent, including:

If an agent abuses the authority granted by a POA, the agent can face civil and possibly criminal penalties. Civilly, an agent can be sued for such things as breach of fiduciary duty, conversion, fraud and undue influence. In the criminal context, an abusive agent could be sued for fraud, embezzlement, exploitation, or theft at a state or federal level.

If a principal is legally competent, they can revoke the agent’s authority at any time and for any reason. In conjunction with the revocation, a principal may appoint a new agent to act on their behalf.

However, if a principal is incapacitated, they are incapable of revoking an agent’s authority. In such cases, a guardianship must be sought through a court proceeding.

A party in interest, such as a family member who is familiar with the situation, may seek to have the principal declared incapacitated and have the abusive agent removed. Such a declaration and removal is accomplished through a court proceeding. If the court determines that the agent has violated his or her fiduciary duties, the agent will be removed.

POAs are not the only method to manage an incapacitated person’s health care and/or finances. A guardianship is established by first seeking a court determination of a principal’s lack of capacity. If such a determination is made, the court will try to determine the least restrictive option for managing the incapacitated person’s health and financial affairs. This may involve permitting an agent under a POA to continue to act or, alternatively, the appointing of a guardian to act with either limited or broad authority. As mentioned previously, in most states, anyone interested in the principal’s well-being can request a guardianship.

In contrast to having a POA executed by the principal, initiating a guardianship proceeding can be costly and time consuming. Additionally, the guardian appointed by the court is subject to ongoing oversight by the court.

The use of a POA is a more cost effective and flexible option for managing a person’s affairs provided that a trustworthy and capable agent is appointed. In the absence of a POA, a guardianship will serve much the same purpose but is typically a more expensive and restrictive option. Whichever is chosen, principals should be counseled on the selection of an appropriate, ethical agent. And, the selected agent should be well-advised on understanding their range of authority under the terms of the POA and relevant state law. 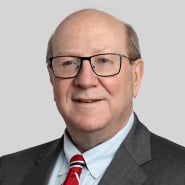 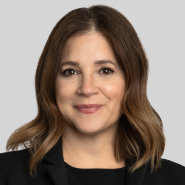