Porter Wright is proud to announce Ted Walters as the new partner-in-charge of the Naples office as of January 1, 2019. Ted is a transactional and trial lawyer focusing his practice on corporate, medical/dental, banking and real estate matters.

While Jeff Cecil is stepping down as partner-in-charge, he remains an integral part of the firm and its continued growth. Jeff, who moved his practice from Columbus to relaunch the Naples office in 1993, will serve clients full time in the areas of business, real estate probate and trust law, with an emphasis in real estate acquisition and development, and real estate financing.

“Ted Walters is an important part of our firm’s culture and success, and we have no question that his leadership will help us to continue to serve the Southwest Florida community,” said Bob Tannous, managing partner of Porter Wright.

Ted joined the Naples office in 2013. He is a member of The Florida Bar, The District of Columbia Bar, and the American and Collier County Bar Associations. He is board certified by The Florida Bar as a specialist in international law, and is fluent in German and proficient in French and Spanish.

Ted is also very involved in the Southwest Florida community, serving as an attorney coach to the Immokalee High School Mock Trial Team after several years as a 20th Judicial Circuit High School Moot Court Competition Judge. He formerly served on the Board of Directors of  Collier Senior Resources, the Naples Chapter of the American Red Cross, and the Avow Hospice PAWS Committee.

Walters received a J.D. from University of Miami School of Law and a B.A. from The American University. While attending college, Ted was an aide to then-Congressman John McCain in Washington, DC and Phoenix, Arizona. 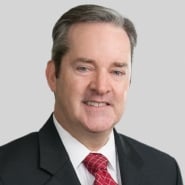 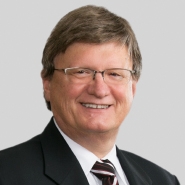