On April 19, 2021, the Ohio Board of Pharmacy announced “Dispensary RFA II,” a request for applications for an additional 73 dispensary licenses throughout the state. RFA II may present an exciting opportunity for established cannabis-related businesses to vertically integrate.

While the application process has not been officially announced, the board released an FAQ providing some insight. Applicants are required to identify in which district(s) they are applying based on the dispensary district map in RFA I. “Qualified” and “viable” applications will be entered into a lottery system for each dispensary district with available licenses. In the lottery process, the board will consider “objective, rather than subjective, criteria which can result in a fairer, more streamlined system for awarding dispensary licenses.” There is no change to the five-license limit for dispensary owners.

The board will officially announce the application process and the qualifications for licensure sometime in the spring or summer of 2021.

RFA II and the opportunity to vertically integrate

Depending on the application process and qualifications, RFA II may present established cannabis-related businesses – particularly businesses with licenses to cultivate and process – with an exciting opportunity to vertically integrate their operations.

Cultivators and processors will have the opportunity to become licensed dispensary owners when the RFA II application process officially opens. Vertically integrated cannabis businesses will have distinct advantages: they can leverage the supply chain, eliminate the need for downstream distributors and lower costs through economies of scale. Vertical integration will also afford cultivators and processors additional control over the branding and marketing of their products to consumers. Ultimately, vertical integration will likely drive revenue growth and position businesses to continue expanding as the board continues to announce new licenses.

Some national cannabis operators have already vertically integrated in Ohio. For example, Cresco Labs purchased four dispensaries from Verdant Creations in May 2020. Cresco’s CEO released a statement noting that vertical integration “create[s] leverage for our wholesale and brand building while providing front-line feedback directly from our consumer base.”

While there is a five-license cap on the number of licenses for current dispensary owners, nothing in Ohio law prohibits processors and cultivators from applying for dispensary licenses in RFA II.

Separately, new dispensaries will create a need for additional production capacity within the state. Given that the board has not announced additional licenses for cultivators and processors, business with cultivator and processor licenses will likely see an increase in demand for cannabis products to accommodate the new dispensaries. Even before RFA II, certain growers have reported being unable to meet demand for the state’s 52 existing dispensaries.

In sum, all cannabis-related businesses should prepare for the arrival of new dispensaries throughout the state. Businesses with licenses to cultivate and process cannabis should monitor the official release of the application for RFA II and may wish to consider vertically integrating their businesses by applying for a dispensary license. 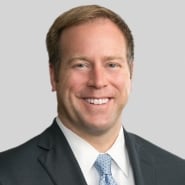