The IRS recently issued a notice that explains how the IRS will interpret IRC Section 162(m), as amended by last year’s tax reform act. IRC Section 162(m) has always prohibited public companies from recognizing a tax deduction in excess of $1 million with respect to compensation paid to “covered employees.” Before the tax reform act, qualifying performance-based compensation was exempt from that $1 million limit. After the tax reform act, the performance-based exception was eliminated. Amounts paid under certain preexisting arrangements, however, could be grandfathered under the prior rules, and thus may continue to remain deductible.

Additional information about these changes can be found on our Employee Benefits Law Report blog. 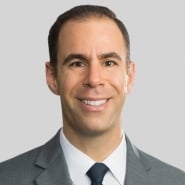