Things that were not impacted by the Tax Act:

Planning note: A study has shown that prior to the Tax Act, approximately 26 percent of taxpayers itemized and after tax reform approximately 10 percent will itemize (Source: Forbes/White House Council on Economic Affairs)

The tax deductibility of charitable contributions was impacted in at least five ways by the Tax Act:

The new Tax Act will dramatically reduce the amount of people able to receive a federal deduction for their charitable contributions because approximately 20 percent less taxpayers will itemize their deductions.

Planning note: A taxpayer planning to give $5,000 per year over the next five years might give it all on one year to exceed the standard deduction limit or make a $25,000 donation to a donor advised fund in year one and have the fund consider making $5,000 donations over five years. 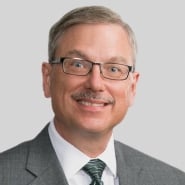