So you are probably reading this and thinking to yourself, “well I am not a major league baseball player, what does this have to do with me?” Some of us someday may run into some of the same issues that Tatís is beginning to encounter:

Like Tatís, what can you do? This article addresses some common solutions to planning encounters with estate, gift and generation-skipping transfer tax, major liquidity events, state income taxation and estate planning for single individuals.

Using exemptions before they sunset or go away

In 2021, the estate and gift tax exemptions are $11.7 million per person. The generation-skipping transfer tax exemption is $11.7 million. On Jan. 1, 2026, these exemptions are scheduled to sunset and revert back to $5 million, although that amount will be indexed for inflation. Additionally, many estate planners “in the know” are suggesting the possibility that the exemption amount will change well before 2026. Congress and President Biden will have to deal with the economic consequences of the pandemic and may not wait for current law to sunset. Instead, they may proactively work to lower the exemptions sooner and may move the exemption below $5 million.

Like Tatís, individuals concerned about future estate tax liability should consider making a completed gift of their full exemption amounts, $11.7 million, as soon as possible. One strategy is to use a gifting vehicle, such as a dynasty trust. Tatís could name “future descendants” as the ultimate beneficiaries of the trust, and name charities, siblings or parents as contingent beneficiaries should he have no children. For married individuals, estate planning techniques such as Spousal Lifetime Access Trusts (SLATs) and Inter Vivos QTIP Trusts should be considered. By using SLATs and Inter Vivos QTIP Trusts, married individuals can retain some limited or indirect access to gifted assets while utilizing their exemptions.

In the case of someone like Tatís, $11.7 million is only a small fraction of his or her net worth. The high income earner has to start somewhere. But what does one do with the rest of it? For an athlete or a high profile individual who is the target of frequent litigation, an “incomplete gift plan" in the form of a self-settled domestic asset protection trust for assets above $11.7 million could be considered. In the near term, that type of trust can help preserve wealth. And in the future, if the estate and gift tax exemptions increase, Tatís can make use of those increases through additional completed gifts by moving assets from his self-settled trust to the dynasty-like trust described above. If the exemption goes down, the “incomplete gift” self-settled trust (along with any previously completed gifts) remains intact.

One might also consider the use of Irrevocable Life Insurance Trusts (ILITs) to create liquidity with life insurance that can be used to pay for the estate tax liability. This can be particularly helpful when an estate contains a significant amount of illiquid assets, such as real estate or closely held businesses.

Planning during a year containing a major liquidity event

Utilizing the estate and gift tax exemptions will not be enough when an individual is subject to a large liquidity event in one or more years. For Tatís post-contract in 2021, utilizing his $11.7 million exemption still leaves him with additional money to shield from taxes. When asset protection is not the only concern, other planning ideas can be utilized.

One idea is creating a Charitable Lead Annuity Trust (CLAT). A CLAT is a trust funded with a large one-time transfer. “Lead” payments are made to a qualifying charity for a designated number of years, at the end of which any remaining trust property is paid to named individuals. For someone like Tatís who presently has no heirs, this type of planning may require further brainstorming or flexibility.

Another possibility is to establish a Flip Charitable Remainder Trust (Flip-CRUT). An inverse of the CLAT, a Flip-CRUT can be funded with a large one-time transfer. But rather than making present distributions to a qualified charity, the donor is the present beneficiary. Since a donor with significant present earnings will not need distributions now, the “flip” feature allows the donor to delay distributions for a period of years or until a triggering event, such as retirement. Until the trust flips, the assets can remain invested. Once flipped, the donor will begin receiving distributions which will continue for the donor’s lifetime. At the donor’s death, the remaining trust assets will be distributed to the qualified charity. Although the donor will receive distributions that may continue well into the future, the donor receives a charitable deduction in the year the Flip-CRUT is funded.

Someone like Tatís is receiving his liquidity from salary. For others, the major liquidity event might come in the form of a sale of a business or other long-term holding. For older clients, we typically suggest they hold any assets with low basis until death so that heirs can inherit those assets with a stepped-up basis. Assets with the potential for future growth may be gifted to Grantor Retained Annuity Trusts (GRATs). GRATs are similar to Flip-CRUTs in that the donor can retain the right to receive distributions for a term of years, with the remainder passing to named beneficiaries at the end of the term. A donor who creates a GRAT does so with the hope that if the asset appreciates in the future, the GRAT will shift the growth in value to the donor’s beneficiaries via trusts. In the case of Tatís, he could create a dynasty type trust as the vehicle to receive the excess of the GRAT, funding the GRAT with a portfolio of stocks and bonds that his financial advisor hopes will appreciate in the future.

Just because an athlete like Tatís performs the majority of his games and practices in a high income tax state, does not mean that he or she is domiciled there for state income tax purposes. Many athletes call Florida home because it has no state income tax. Although a thorough analysis of Tatís’ California income tax computation is outside the scope of this article, his circumstances as a professional athlete are not unique. Think of a highly compensated executive that during the pandemic worked from his or her Florida home or travels back and forth between New York and Miami three working days a week during normal conditions.

Of the $34 million, a state like California could tax up to $4.2 million of Tatís’ immediate earnings. In addition, some of the cities where Tatís plays or practices may have a city tax that Tatís may be liable to pay. For professional athletes, the threat of nonresident sports facility usage fees in certain cities also takes a cut of any earnings.

Tax considerations aside, some states offer greater asset protection than others. For example, individuals domiciling in Florida can receive creditor protection for their retirement plans, annuities and cash value of life insurance. They can also benefit from an unlimited homestead exemption. In contrast, other states do not have these exemptions.

Domicile can also have a significant impact on one’s marital rights. Whether someone is domiciled in a community property or non-community property state will determine how assets are treated during their lifetime and how they are divided in the event of a divorce. High earning individuals should always consider establishing a prenuptial agreement to clearly define the expectations of both parties and to protect the assets acquired prior to marriage in the event matrimony ends in acrimony.

If an individual works and resides in different states, particular care should be exercised to ensure the intended state is recognized as one’s domicile. There is no single rule that establishes domicile but rather a collection of facts and circumstances. Some factors that can be considered include the state your driver’s license is issued, your vehicle registration, voter registration, mailing address, property ownership or lease, place of worship, location of your bank and the number of days physically present in one state.

Single individuals with no children or grandchildren like Tatís, are not readily able to spend down their estates by utilizing annual exclusion gifting or paying directly for education or medical expenses. When a person has no ascertainable beneficiaries, he or she should consider charities, friends and other non-immediate family members as potential beneficiaries. As an example, Tatís has a younger brother for whom he could pay education expenses directly (tuition) to further spend down assets (albeit his brother, Elijah Tatis, is in the Chicago White Sox farm system and might not need the education at this time). For other high earners looking to spend down their assets, paying tuition or medical expenses directly for nieces, nephews and other close relatives, or establishing a foundation or donating to other charitable organizations, offers an altruistic benefit where the choice is between taxes and helping others.

More worrisome though is deciding who should be such individual’s health care decision maker and financial power of attorney. This can often be a difficult decision for anyone. For athletes, the calculus is even more important where there are potential bad actors in such a person’s life. In the case of Tatís, his father was also a major league baseball player so he would be privy to a different perspective. Other athletes are not so fortunate.

Many athletes are sold term life insurance policies with high face values. Other athletes are sold large disability policies. For the single individual, the purchase of insurance should be scrutinized by credentialed professionals. Although younger single individuals, such as Tatís, may never be easier to insure and the insurance may never be cheaper, there could be better investment opportunities than traditional insurance policies to “insure” a player’s career. The same decision-making can be applied to other high earners who are single with no children.

At various points in our life, we experience some of the same issues as Tatís. Although some of us are fortunate to have estate, gift and generation-skipping transfer tax issues and major liquidity events, others are battling state income taxation concerns and estate planning decisions as single persons. 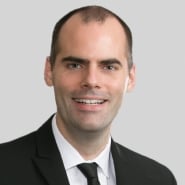 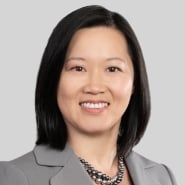