Chris focuses on construction and commercial business litigation. He has been involved in the successful resolution of claims in state and federal courts in Ohio and Kentucky as well as multiple private arbitrations and mediations.

Chris’s pre-law background is firmly rooted in the construction industry. In 2003, he received his undergraduate degree in Construction Management from the University of Cincinnati. He worked for an ENR Top 500 Specialty Contractor as a project manager/estimator before and while attending law school. Chris has also served as an adjunct professor and volunteer in the University of Cincinnati’s Construction Management program since 2007.

Prior to joining Porter Wright, Chris worked as a bond attorney for a national surety where he was involved in the investigation and disposition of complex claims against construction payment and performance bonds and also estate and guardianship bonds. He worked closely with outside counsel throughout the country and developed a first-hand understanding and perspective of client expectations. 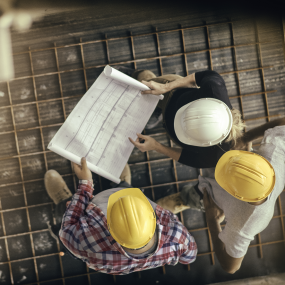 Say what you mean: Sound construction contract drafting can keep you out of court
Go