For more than three decades, Ron has handled complex and commercial litigation in trial and appellate courts at the state and federal level, and before arbitration and mediation panels throughout the Atlantic Coast and Midwest. As a trial and appellate lawyer, his litigation practice focuses on claims involving misappropriation of trade secrets, intellectual property disputes, breach of restrictive covenants, business competition matters, partnership and business owner disputes, contract and warranty claims, creditors’ rights and fraudulent transfers, estate and fiduciary liability, insurance coverage, real estate title disputes, oil and gas litigation and telemarketing and online marketing matters. He is member of the Allegheny County Academy of Trial Lawyers and serves as an arbitrator, an early neutral evaluator and an e-discovery dispute Special Master for the U.S. District Court for the Western District of Pennsylvania.

Being an out and proud member of the Pittsburgh LGBTQ+ community, Ron serves as co-chair of the firm's LGBTQ+ Business Practice Group. In this role, he represents LGBTQ+ business owners and clients across industries, often serving as outside general counsel. He advises on general corporate issues and business transactions, including entity formation and operation, contract drafting and review, document retention and destruction policies, internet and social media matters, and intellectual property concerns including trademarks, copyrights, trade secrets and warranties.

As co-chair of the firm’s Election Law Practice Group, Ron has represented local, state and federal Republican candidates and political committees, serving as their general or litigation counsel. For nearly 30 years, Ron has handled a variety of election law disputes, including election contests, ballot recounts, nomination objections, absentee, mail-in and provisional ballot challenges, and other pre- and post-election litigation. In addition, he has planned and participated in Election Day operations for more than 20 years, including for the past five presidential campaigns. He regularly provides training on Pennsylvania election processes and procedures. He is the solicitor for the Republican Committee of Allegheny County and has previously served as a deputy solicitor for the Pennsylvania Republican State Committee. He is the secretary and a member of the Board of Governors for the Republican National Lawyers Association (RNLA). In 2018, RNLA awarded Ron with the Robert J. Horn Chairman’s Award for his nationally distinguished service in protecting the honesty and accuracy of U.S. elections.

Ron has an AV Preeminent Rating from the Martindale-Hubbell® Peer Review Rating Program and is listed in Best Lawyers® Pittsburgh, Pennsylvania in the area of Commercial, Bankruptcy, Construction, Intellectual Property and Real Estate Litigation. He is selected to the Pennsylvania Super Lawyers® list, included in Who’s Who in American Law and named to the Order of the Barristers. 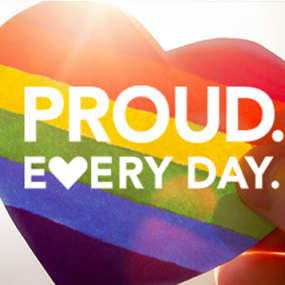