Shortly after joining Porter Wright, Tom Jones has been featured in the Law360 article, "Porter Wright Snags Ex-Jones Day Atty For Pittsburgh Office," regarding his recent hire in the firm’s growing Pittsburgh office.

"Jones, who said he stepped away from Jones Day at the end of 2016 to work on his own with some individual clients, told Law360 on Monday that he was excited to have a chance to help Porter Wright build its new presence in Pittsburgh.

"'I was extremely excited about the possibility of growing the office of a venerable Ohio firm here in western Pennsylvania, and when given that opportunity I thought it was a great thing,' he said." 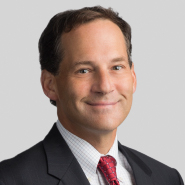