The Pennsylvania Supreme Court recently decided the highly-anticipated Roverano v. John Crane, Inc., which resolves significant issues involving the application of Pennsylvania’s Fair Share Act to asbestos litigation. First, the Court confirmed the long-held view of asbestos defendants that settling bankruptcy trusts may be allocated responsibility on the jury verdict form. In addition to that favorable defense ruling, however, the Court delivered a blow to the asbestos defense bar by finding that manufacturers and suppliers of asbestos-containing products must share liability equally (rather than permitting the jury to allocate percentage of fault to each defendant as some prior courts have held). And the Court did so despite decades of scientific evidence that not all asbestos exposures are equally potent in causing harm.

Plaintiff was diagnosed with lung cancer, which he attributed to exposure to a variety of asbestos products while working as a carpenter with PECO Energy Company. He sued about 30 product manufacturers, and his wife brought a separate claim for loss of consortium. He also filed claims with 14 asbestos bankruptcy trusts, which were established by bankruptcy courts to compensate persons injured due to exposure from asbestos-containing products manufactured by the bankrupt entities. Defendants filed a joinder complaint against the Johns-Manville trust.

The two remaining defendants at trial (John Crane, Inc. and Brand Insulations, Inc.) argued that Plaintiff’s smoking history caused his lung cancer, and that exposure to their products was too insignificant to be a contributing cause. Plaintiff’s experts argued that smoking and asbestos exposure jointly caused Plaintiff’s lung cancer based on their “synergistic response.”

The jury found in favor of Plaintiff and his wife and awarded them $6.4 million.  They found that Crane, Brand, and six out of eight settling defendants contributed to plaintiff’s injury.  The trial court allocated the verdict per capita - that is, each of the contributing parties were responsible for an equal share of the damages.  Crane and Brand thus were each responsible for 1/8th of award, or about $805,000 each.

When a plaintiff claims recovery against more than one defendant, the Pennsylvania Fair Share Act, 42 Pa. C.S. § 7102, requires that the jury allocate liability to each defendant and all settling non-parties. Each defendant is liable only for its proportion of liability relative to the total liability attributed to all defendants and settling non-parties, unless that defendant engaged in intentional misrepresentation, committed an intentional tort, was held 60% or more liable for the total harm or was liable under certain statutory prohibitions.

1.  Did the settling bankruptcy trusts have to be listed on the verdict sheet?

Because the Fair Share Act requires liability allocation against defendants and settling non-parties, inclusion of the bankruptcy trusts would provide a significant advantage to defendants remaining in a case because it would dilute the overall liability for each defendant.

2.  For strict liability asbestos actions, is liability apportioned on a percentage or a per capita basis?

The eponymous Fair Share Act is clear that, absent limited exceptions, when multiple defendants are liable for the same injury, they pay only their “fair share” of the award. The question, however, is how to calculate the “fair share” for each defendant in a strict liability case. Some Pennsylvania courts have allocated liability on a per capita basis - that is, simply divide the verdict equally among the strictly liable parties. Other courts have required the jury to assign percentage of fault to each strictly liable defendant, with each defendant being responsible only for their respective percentages of the verdict.

Whether to allocate liability on a per capita or a percentage basis has been a controversial topic and a staple of pre-trial motions in limine for years in Pennsylvania asbestos cases. To illustrate, assume that two product defendants remain in an asbestos case, and the jury finds that they and a previously-settled defendant all contributed to plaintiff’s asbestos-related disease, and awards plaintiff $1.2 million. If liability is determined on a percentage basis, then the jury would determine the relative fault of the three responsible parties, and the two defendants would be responsible only for the percentage of the verdict the jury attributed to them. If, however, liability is determined per capita, then the verdict is simply divided three ways and each of the two defendants are responsible for $400,000 in damages, irrespective of the plaintiff’s relative exposure to their respective products.

This allocation question carries substantial implications for defending a case. In asbestos litigation, plaintiffs frequently are exposed to several asbestos-containing products to significantly varying degrees. A plaintiff might, for example, be exposed to one manufacturer’s products continuously over a decade but to another’s only intermittently, or the products may have significantly different asbestos concentrations. Further, scientific literature and government authorities recognize that not all asbestos is equal in cancer-causing potency. It is well-established, for example, that amphibole asbestos (such as amosite, tremolite or crocidolite) has significantly more cancer-causing potency than chrysotile asbestos, with some authorities suggesting that amphibole asbestos is hundreds of times (or in the case of crocidolite, up to 1,000 times) more potent as a cancer-causing agent than chrysotile asbestos. Numerous studies also have concluded that asbestos fibers under 5 microns in length (about .000039 inches) are unlikely to cause cancer in humans compared to fibers over 5 microns, and some product formulations specifically called for use of shorter asbestos fibers.

A per capita rule practically eliminates these distinctions, and would treat all product manufacturers and distributors identically for liability purposes even if the exposure time, asbestos type and fiber length in their respective products are substantially different. A percentage rule, by contrast, would permit a jury to allocate the relative fault to each party based on the asbestos product properties and plaintiff’s relative exposure to various products.

Resolution of the Issues

The Pennsylvania Supreme Court addressed both issues, and remanded the case for a new trial on liability apportionment.

The Court sided with the superior court and held that bankruptcy trusts that are joined as third-party defendants or that have entered into releases with plaintiff must be included on the verdict sheet, provided that defendants submit “appropriate requests and proofs” that the bankrupt manufacturer’s product contributed to plaintiff’s injury. Since the trial court did not include the Johns Manville trust or the settling trusts on the verdict sheet, the case required a new trial on apportionment.

2.  Per capita versus percentage allocation

The trial court held that per capita allocation was appropriate because there was no means of “quantifying” exposure, since asbestos exposure was cumulative and collectively contributed to Plaintiff’s lung cancer. The superior court reversed, holding that the Fair Share Act’s inclusion of strict liability claims indicated an intent to allocate fault as to all defendants on a percentage basis.

The Supreme Court sided with the trial court, holding that the Fair Share Act did not explain how to determine proportional fault in a strict liability context, and thus did not preempt common law decisions holding that damages must be apportioned per capita among strict liability defendants. The Court significantly relied on its previous observations that in strict liability, as opposed to negligence, fault is not an element of liability, and thus the concept of allocating fault in a strict liability context is nonsensical. The Court also found that a percentage fault system for strict liability cases “would lead to a result impossible of execution” because “[l]ung cancer resulting from asbestos inhalation is inherently a single, indivisible injury that is incapable of being apportioned in a rational manner because the individual contributions to the plaintiff’s total dose of asbestos are impossible to determine.”

The Court also appeared to foreclose ever using a proportional fault system for asbestos litigation absent amendment of the statute. The Court’s reliance on expert testimony in the trial court that there was no means of attributing specific asbestos exposures to Plaintiff’s lung cancer would seem to suggest at least a theoretical possibility that, with the right expert testimony, proportional fault might be appropriate for some cases. The Court, however, indicated in a footnote that “because there is no generally accepted medical basis to apportion liability for an indivisible injury caused by asbestos exposure, it is unlikely that an expert opinion on this basis would meet” the Frye test or the requirements of Evidence Rule 702.

There is no question that the Roverano decision will significantly impact asbestos litigation going forward. While the Court’s holding on settling bankruptcy trusts will be welcomed by asbestos defendants, strict adherence to per capita liability allocation cuts off some of the mitigation evidence and argument that asbestos product and supplier defendants have used to attempt to reduce their share of an adverse judgment. Unless the Pennsylvania Legislature amends the Fair Share Act or future courts limit Roverano’s application, future strict liability defendants - at least in asbestos cases - will have to share equally in any adverse verdict. 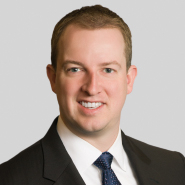