The American Trucking Association (ATA) estimates that the for-hire trucking industry faced a driver shortage of nearly 48,000 drivers at the close of 2015. The effects of this shortage can be felt across nearly every sector of the U.S. economy with roughly 70 percent of all freight moving by truck. Industry advocates have noted that even a modest improvement in the economy could increase freight volumes and further exacerbate the shortage.

The timing of a new final rule recently announced by the U.S. Department of Transportation’s Federal Motor Carrier Safety Administration (FMCSA) may provide a much-needed opportunity to address the driver shortage, while also providing some veterans a ready source of employment. FMCSA’s most recent report estimated that over 60,000 current service members are assigned to military jobs involving heavy vehicle operation as part of the military’s logistics system, delivering supplies and equipment to U.S. forces around the world. Many of the vehicles used by the military are nearly identical to the trucks, trailers and tankers operated in civilian commerce on America’s roads and highways. Further, many service members and veterans may have the necessary training and experience to transfer directly into civilian jobs as CMV drivers—a skill set in strong and growing demand for the transportation and logistics industry. In mid-October of this year, the FMCSA amended its commercial driver’s license (CDL) regulations to create a streamlined process for military personnel with heavy equipment training to secure a civilian commercial learner’s permit (CLP) or CDL.

Military drivers are not required to have a civilian CDL during military service, but must obtain one before transitioning to similar work in the civilian sector. Historically, under federal regulations CDLs could only be issued by the driver’s state of domicile. As one might imagine, this presents challenges for military personnel as they are frequently stationed outside their home state. To address this, the Military CDL Act allows a state to issue CDLs to certain military personnel not domiciled in the state if their temporary or permanent duty stations are located in that state. Yet, even this approach can create problems for service members. Notably, as driver’s licenses are often treated as proof of residence, obtaining a CDL from a state where the service member is temporarily stationed could result in the loss of home state benefits (e.g. lower taxes, in-state tuition, etc.). The amended regulations announced in October are intended to address this issue, so that drivers who obtain licensure through the new process will also be able to retain their state of domicile and its corresponding benefits.

So, what has changed?
The new rule eases the burdens on military personnel applying for CLPs and CDLs in two ways:

Job opportunities
Civilian job prospects for CMV drivers vary according to driver experience and the type of CDL endorsements. Some of the most directly correlated civilian opportunities for military drivers include: 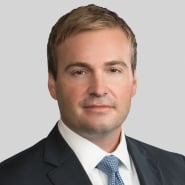