Sullivan is an experienced litigator, providing legal guidance to telecommunications companies in connection with issues relating to federal, state, and local law, including representation in state regulatory proceedings, and federal district and appellate court cases across the nation. He comes from the Chicago office of Mayer Brown.

Sullivan joins the team in Porter Wright’s Chicago office, which was created via merger with Butler Rubin Saltarelli & Boyd on Feb. 1, 2019, as part of the firm’s strategy to expand its service offerings in the market.

“We are thrilled to add Mike to our team in Chicago,” said Bob Hermes, partner-in-charge of the Chicago office. “His knowledge and thought leadership in the area of wireless and telecommunications issues is a valuable addition to the work we are doing.”

Sullivan earned his J.D. from Harvard University in 1993 and his A.B. from Duke University in 1990. His hiring brings the total number of Chicago-based attorneys to 17 and more growth is planned. 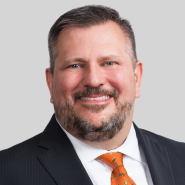