Porter Wright is proud to announce that partner Katja Garvey, leader of the firm’s International Business & Trade Practice Group, has been selected to serve as National Representative for the United States for the International Association of Young Lawyers (Association Internationale des Jeunes Avocats, or AIJA) for the next three years.

In her new role with AIJA, Katja will help to strengthen and grow attorney networks throughout the U.S., increase AIJA membership, advance stateside events and work with regional representatives to increase and refine overall communications and engagement. Through her efforts, Katja hopes also to organize and bring AIJA conferences, seminars, and national or regional networking events to the U.S.

Katja has been a member of AIJA for more than eight years and has attended many of its events around the world since she joined the organization in 2014. She has served in multiple roles with AIJA, including as a member of the organizing committee for its 2022 Half-Year Conference in Gothenburg, Sweden, and as a moderator for the very first AIJA Women Network’s session on parental bias.

About AIJA
Headquartered in Brussels, Belgium, AIJA is the only global association devoted to lawyers and in-house counsel aged 45 and under. Since 1962, AIJA has provided outstanding international opportunities for young lawyers to network, learn and develop. AIJA currently has 4,000 members and supporters in 90 different countries, including over 60 collective members and Bar Associations. 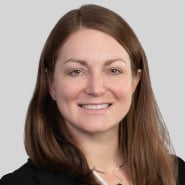