As part of an ongoing multidistrict litigation in the Eastern District of Pennsylvania, Attorneys General from 45 states currently seek leave to file an amended complaint against 18 generic drug manufacturers, along with executives from two of those pharmaceutical companies. The states’ proposed complaint alleges an overarching industry-wide conspiracy to artificially inflate and maintain anti-competitive prices on at least 15 generic drugs. The states also allege that they will likely bring more lawsuits based on additional conspiracies that are the subject of their continuing examination of the industry. This follows guilty pleas and cooperation from former industry executives obtained by the U.S. Department of Justice as part of its parallel investigation. Jason Dubner was recently interviewed by the team at Morning Dose, a nationally-syndicated morning news television program, on this widening generic drug price fixing investigation and related litigation. 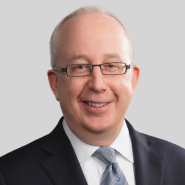