Earlier this week, the U.S. House of Representatives Ways and Means Committee (Committee) released its tax proposal (the Proposal). The Proposal will be considered as a part of the budget reconciliation bill to be negotiated by Congress in the coming days and weeks.

The Proposal contains several items of interest to taxpayers, particularly wealthy taxpayers. Among other things, the Proposal includes increases in the highest corporate income tax rate to 26.5% from 21%, increases in the highest long-term capital gains tax rate to 25% from 20%, and increases to the top marginal individual income tax rate to 39.6% from 37%. Also included is a proposed ceiling on the Section 199A Qualified Business Income deduction and an additional 3% surtax on certain high income individuals, trusts and estates. Although desired by many members of Congress from high-tax states, the Proposal does not seek to prematurely end the $10,000 limit on the itemized deductibility of state and local taxes.

Earlier proposals endorsed by the Biden administration focused on modifications to the so called step-up in basis at death and proposed a regime that would make death and gift transfers a deemed sale for income tax purposes. These earlier proposals are not contained in the Proposal. Instead, there are significant modifications to the estate and gift tax contained in the Proposal that are of great importance to, and have extreme time sensitivity for, taxpayers with potential exposure to the estate tax.

Proposed modifications to the estate and gift tax

First, as part of the Tax Cuts and Jobs Act enacted under President Trump’s administration, estate and gift tax exemption levels began doubling in 2018. Such exemption is currently $11.7 million per person, indexed annually for inflation. The Tax Cuts and Jobs Act did not make that doubling permanent, and current law provides that this exemption will be cut in half after Dec. 31, 2025. The Proposal, however, seeks to accelerate the date on which this exemption will be halved. Under the Proposal, the exemption would be cut in half after Dec. 31, 2021, rather than after Dec. 31, 2025. Thus, beginning next year, taking into account inflation adjustment, if the Proposal becomes law, the estate and gift tax exemption would be likely close to $6 million per person. This would create a use it or lose it scenario in which those who do not utilize this temporarily doubled exemption through lifetime gifting (typically to specially designed irrevocable trusts) will lose the opportunity to save potentially millions in estate taxes upon death.

The Proposal seeks to eliminate these estate tax benefits associated with using grantor trusts by enacting a new provision in the Internal Revenue Code which would provide that when a person is the deemed owner of a trust for income tax purposes under the grantor trust rules, the trust’s assets are includible in such person’s estate. It would also alter the current rule with respect to the recognition of gain or loss on the sale by the grantor of assets to his or her grantor trust. The Proposal makes it clear that this amendment applies only to “future trusts and future transfers.” This provision, with respect to grantor trusts, would severely hamper the effectiveness of many current estate planning techniques. It could curtail the use of spousal lifetime access trusts (SLATs) and irrevocable life insurance trusts (ILITs) going forward, as such trusts are often grantor trusts. Depending on the final language and interpretation of this proposed change with respect to grantor trusts, other popular estate planning techniques also could be impacted.

There may be ways to design and implement SLATs even if this Proposal becomes effective, but doing so while avoiding grantor trust status requires more complication and may cause the grantor and spousal beneficiary more hesitancy in creating a SLAT, which is a very popular planning technique under current law.

Third, the Proposal curtails the use of valuation discounts for certain transfers of nonbusiness (or passive) assets.

Timing of various components of the Proposal

While the Committee’s proposed effective dates with respect to the Proposal are somewhat unclear, and the legislative process is fluid and subject to change, it appears at this time that, under the Proposal, taxpayers will have the ability to utilize the current estate and gift tax exemption levels through the end of 2021 and the contemplated halving of those exemption levels would not take effect under the Proposal until Jan. 1, 2022. With respect to the changes regarding grantor trust rules and certain valuation discounts discussed above, the Proposal appears to contemplate those changes taking effect immediately upon enactment (which could take place much sooner than the end of 2021).

In light of these potential impending deadlines, it is critical that families with estate tax exposure evaluate the relevant opportunities that are available currently and for which the window may close very soon. There are important and time sensitive issues which could substantially impact the amount of wealth you are able to transfer free of estate and gift tax to future generations. 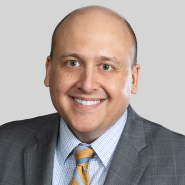