Porter Wright has named Holly Kozlowski as partner-in-charge of the firm’s Cincinnati, Ohio office. Kozlowski, a member and former chair of the firm’s intellectual property practice group, focuses on all stages of patent application preparation and prosecution, including reissue, reexamination and patent term extension, and on trademark and copyright protection. She will continue to serve her clients in such matters.

She will succeed David Croall, who will continue to serve clients in a broad range of employment law matters. “I congratulate Dave Croall on the 15 years he has spent building and leading our Cincinnati office,” said Kozlowski. “I look forward to continuing those efforts with the able assistance of our Cincinnati Porter Wright team.”

Kozlowski graduated from Bucknell University and received her J.D. from George Mason University Antonin Scalia Law School. Holly has been listed as Best Lawyers®, Cincinnati, Ohio Patent Law "Lawyer of the Year," 2013, 2017, and is recognized by Ohio Super Lawyers® and Chambers USA as one of the leading attorneys in Ohio in the area of Intellectual Property Law. 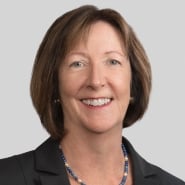