Porter Wright's Luke Fedlam was interviewed by ABC 6/Fox 28 in Columbus, Ohio on the issue of NCAA athletes being compensated for use of their name, image and likeness. In the interview, Luke discussed what changes may be coming in the wake of both the NCAA Board of Governor's expected rule changes and a pending U.S. Supreme Court case on the issue, NCAA vs. Alston. 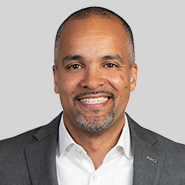