Drop your pencils: The PPP Flexibility Act is here

Paycheck Protection Program (PPP) borrowers across the nation have struggled to meet the Small Business Administration’s (SBA) guidelines, with many resorting to new and creative payroll expenditures to meet spending minimums and qualify for full forgiveness of the loan.

On June 3, 2020, the U.S. Senate passed House Bill 7010, the “Paycheck Protection Program Flexibility Act of 2020” (PPP Flexibility Act), which was promptly signed by the president the following day. The bill makes significant changes to the administration of the PPP by tripling the time allotted for PPP borrowers to spend the funds on payroll and other eligible expenses and changing the ratio of payroll to non-payroll expenses to qualify for maximum forgiveness.

The CARES Act (P.L. 116-136) previously defined the period during which loan funds must be spent on eligible loan expenses as the “covered period.” Under the CARES Act, the covered period began on the date the loan funds were fully distributed to the borrower, and ended at the conclusion of the eighth week following that date, a total of 56 days. On May 15, 2020, the SBA released its form PPP forgiveness application, which, among other things, developed an “alternative payroll covered period” that established a different 56-day covered period for payroll expenses only, beginning on the borrower’s next regularly scheduled payroll period following loan distribution.

The PPP Flexibility Act redefines the covered period as one that “[begins] on the date of the origination of the covered loan and end[s on] the earlier of (A) the date that is 24 weeks after such date of origination; or (B) Dec. 31, 2020.” Borrowers who have been unable to spend all of the PPP loan funds on payroll and eligible expenses during the original covered period now have until the earlier of the expiration of the 24-week period, or the end of the year to use those funds. As it relates to the full time equivalent (FTE) calculations for the safe harbor from forgiveness reductions, the June 30 deadline is extended until Dec. 31, 2020.

Borrowers who were relying on the original covered period should not fear that the extended period will penalize their forgiveness by requiring them to meet and maintain full-time employee calculations through the 24-week period. Rather, borrowers who received loan funds before the bill’s passage may elect for the original covered period to be applicable to their forgiveness application.

It’s important to keep in mind that PPP loan funds must still be used on eligible payroll and eligible non-payroll expenses. The extension of the covered period does not grant borrowers carte blanche to use loan funds on any expense.

The PPP Flexibility Act reduces the ratio to 60/40, giving borrowers the opportunity to use more loan funds on non-payroll expenses during the extended covered period.

Forgiveness applications must be received within 10 months of covered period

To answer a long-asked question, borrowers must submit their forgiveness applications within 10 months after the last day of the covered period applicable to them if they want to avoid making payments on the full loan amount. If a borrower fails to apply for forgiveness during that time, it does not appear that they will be barred from making a later application; rather, the borrower will simply be required to start making payments on loan principal, interest, and fees.

The PPP Flexibility Act recognizes the difficulties borrowers have had in enticing their employees to return to work, given their employees’ economic and public health concerns about doing so. In an attempt to give borrowers breathing room, the PPP Flexibility Act codifies the exemption that was previously set forth in the SBA’s Interim Rule on Forgiveness and further expands that exemption.

Further, borrowers who can “document an inability to return to the same level of business activity as such business was operating at or before February 15, 2020, due to compliance with requirements established or guidance issued … related to the maintenance of standards for sanitation, social distancing, or any other worker or customer safety requirement related to COVID-19” will not be penalized on their loan forgiveness.  This period of reduced business activity is limited to March 1, 2020 through Dec. 31, 2020. This will help businesses whose volume of business has suffered due to compliance with requirements for sanitization or social distancing, preventing those employers from rehiring workers.

The CARES Act allowed lenders to defer payments on PPP loans for a period of six months following loan origination, but deferral could not exceed one year. Upon passage of the PPP Flexibility Act, the deferment period for borrowers is now an automatic six months and is extended until the date on which the borrower’s loan forgiveness amount is determined. This means that borrowers will not have to make any payments on principal, interest, or fees until the borrower knows exactly how much will be due and owing on the loan after the forgiveness application is processed by its lender.

The PPP Flexibility Act extends the date of maturity on a borrower’s PPP loan from two years to five years, incentivizing borrowers to keep the low-interest loan funds following a forgiveness application, and granting borrowers more time to pay back the loan during and after the economic crisis that is COVID-19. That provision applies to PPP loans issued after the measure was enacted, although for previously-issued PPP loans, borrowers and lenders could agree to extend current loans. Interest remains at 1%.

Borrowers that received PPP loan funds can now also delay payment of their payroll taxes under Section 2302(a) of the CARES Act, which was previously prohibited. 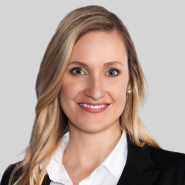