Building your LGBTQ+ business: Avoiding legal pitfalls that could derail your LGBTBE® Certification

Of the 4.5% of United States adults who openly identify as lesbian, gay, bisexual, transgender or queer, data shows they are younger and less wealthy than the general population. Consequently, LGBTQ+ business owners and entrepreneurs face more challenges than most other U.S. adults.

Recognizing these challenges, the National LGBT Chamber of Commerce (NGLCC), the only national not-for-profit advocacy organization specifically dedicated to expanding economic opportunities for LGBTQ+ businesses, has created benefits for LGBTQ+ businesses and major corporations who are invested in creating an LGBTQ-inclusive supply chain. These benefits include increased procurement opportunities, training/mentoring on best practices, scholarships, and matchmaking events for LGBTQ businesses and corporate procurement representatives. These benefits fall within what NGLCC calls its Supplier Diversity Initiative.

Get to know LGBTBE® Certification

Business certification is not unique to the LGBTQ+ business community. There are differentiated certifications for women, ethnic minorities, people with disabilities, veterans, and other socially and economically disadvantaged persons. Also, business certification will not guarantee that a certified LGBTBE will be awarded a contract. Instead, certification simply gives certified LGBTBEs a seat at the bidding table. But, for those looking to do business with NGLCC’s 140 corporate partners and the more than 50 local, state and federal government agencies that recognize NGLCC’s LGBTBE certification, then getting certified is one way to grow one’s business as an LGBTQ+ entrepreneur.

Qualifying as an NGLCC-certified LGBTBE

According to the NGLCC’s certification guidelines, any business that meets these criteria is eligible to become a certified LGBTBE:

Agents, brokers, non-profit organizations, manufacturer’s representatives and strategic alliances are not eligible for certification as an LGBTBE. An LGBTQ+ business operating under a franchise or license agreement may be certified as an LGBTBE if it meets the above criteria, so long as the franchise or license agreement contains no provision which unreasonably restricts the ability of the LGBTQ+ owner(s) from exercising the managerial control and operational authority of the business. Provisions which may disqualify a franchised business from certification are:

How does one prove they are LGBTQ+?

A complete list of the LGBT Status Qualifiers are published in the NGLCC’s Standards and Procedures. The NGLCC may request the submission of several LGBT Status Qualifiers to expedite the process or to unequivocally demonstrate to its National Certification Committee the LGBTQ status of the business's owner(s).

There are several articles the NGLCC and others have published to explain the steps an LGBTQ+ business owner must take to get certified. Examples include:

According to the NGLCC, the basic steps for getting certified as an LGBTBE are:

Typically, once the NGLCC receives the application and supporting documents are submitted, it takes the NGLCC between 60 and 90 days to complete the review and approval process. Through a Memorandum of Understanding (MOU) with other certifying bodies, such as WBENC, the NGLCC offers an expedited process (see section six) to businesses already certified by one of its MOU partners. Under the expedited process, an additional site visit is not required if one had been completed by an MOU partner.

An NGLCC LGBTBE certification remains valid for two years. Before the certification’s expiration date, an LGBTBE must complete a recertification application which may require the submission of additional supporting documentation if there has been any change in the ownership and/or control of the business. Site visits will be required at least every four years and may be conducted before expiration of one’s certification. Unless an extension of time is granted, an LGBTBE who fails to file a timely recertification application will have its status adjusted from certified to expired and its name will be removed from the NGLCC’s Certified Supplier List.

There is a non-refundable fee ($400 for certification; $200 for recertification) that must be paid as part of the application process. The NGLCC waives this fee for all applicants who submit proof of a valid membership with their local NGLCC-affiliated chamber of commerce.  Typically, most NGLCC-affiliated chambers charge $200 per year to be a member, and an applicant does not necessarily need to be based locally to be a member of an affiliate chamber. Therefore, most LGBTQ+ businesses join a chamber to take advantage of the complimentary national certification.

All applicants, including those who have been certified as an NGLCC LGBTBE, must notify the NGLCC within 30 days of any substantive change in ownership or control of their business. Such change may affect their certification status. Also, the NGLCC retains the right to revoke (see section 13) one’s LGBTBE certification if (a) the business is no longer a bona fide LGBTQ+ business in the National Certification Committee’s reasonable judgment, (b) the business is engaging in practices that circumvent the intent of the NGLCC’s programs or (c) the business is no longer an active one. Finally, upon written request before an eligibility determination, any applicant may withdraw an application without cause or prejudice.

Can an LGBTBE certification determination be challenged or appealed?

Appeals (see section 14) generally may be taken by those whose certification applications have been denied or wrongfully revoked by third parties whose challenges have not been evaluated or sustained. However, those whose LGBTBE certification was revoked because of a challenge deemed credible by the National Certification Committee chairs have no right to appeal. An appeal must be made in writing no later than 30 days from the challenged decision. All decisions of the Appeals Committee is final. If the decision of the Appeals Committee results in a denial, then the applicant may reapply for certification one year from the NGLCC’s original denial letter.

Common pitfalls that result in a denial or revocation of certification

The most common problem that LGBTQ+ businesses face in getting certified is demonstrating that one’s business is owned, operated, managed and controlled by at least 51% of persons who identify as part of the LGBTQ+ community. For those who are in business for themselves, this is not a problem. However, for those who conduct business with more than one person as owners, how the business is structured can create unexpected pitfalls in the certification process.

For example, consider for the moment that A and B desire to start a company. A is a Asian-American lesbian veteran and B is a African-American heterosexual male. Both agree that they should equally own, manage and control the business, and go online and register a multi-member limited liability company through LegalZoom.com, reflecting that they are 50-50 owners with the company being 100% managed by the members. A learns about the NGLCC LGBTBE certification and a similar certification program for veterans and desires to submit applications for both programs, whereas B learns about the certification available for African-Americans and desires to similarly apply for that program. However, because A and B set up their business with each being 50-50 owners, the business will not qualify for the certification programs.

After deciding they should apply for the NGLCC LGBTBE certification, A and B go back to LegalZoom and modify their ownership structure to reflect that 51% of the member interests in the company will be vested in A. However, A and B agree that no other changes will be made to their previously drafted operating agreement which includes provisions requiring both A and B manage the business. The operating agreement also includes provisions that require both A and B to agree on certain major decisions, including liquidating the company and executing contracts or expenditures over a certain dollar amount. Upon submission of the application to the NGLCC, this business will be denied certification because it fails to be operated and managed by A as the LGBTQ+ member.

Let’s assume that A and B rewrite the operating agreement and delete the provisions requiring 100% member management. Instead, B is, on paper, a silent partner. Yet, the business that A and B have started is one in which A has no prior education or experience and requires certain licenses or certifications which only B holds. Upon review of the application, which requires disclosure of the applicant’s resume and experience and whether the business requires any licenses or certifications to operate, the business will likely be denied certification because, again, it is not being operated by A as the LGBTQ+ member.

Finally, let’s assume A and B have started a company which the NGLCC has certified, but neither A nor B have sufficient funds to continue its operations. So, they approach their friend C, a Caucasian heterosexual male, who agrees to invest $250,000 in the business. As part of his investment, C insists on having the operating agreement re-written to provide him preferential interests which he can exercise at any time and remove A as the managing member and replace her with B or some other person of C’s sole choosing. Upon challenge by a third-party, the business's certification will likely be revoked because it is no longer being operated, managed or controlled by A as the LGBTQ+ member.

American corporations and government organizations have made diversity and inclusion a top priority, and many are looking to work with certified women-owned, minority-owned and LGBT-owned businesses. The NGLCC Supplier Diversity Initiative provides certified LGBTBEs with access to its network of corporate partners and their supplier diversity professionals who are interested in helping LGBTQ+ business owners grow their business. Consequently, if your business is eligible, the NGLCC LGBTBE certification can be an rewarding way to grow one’s business.

Visit all of the NGLCC LGBTBE certification process details and websites referenced in this article at the following links: 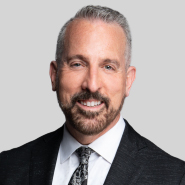