Andrew Shapiro to be honored by Chicago Coalition for the Homeless

The CCH leads strategic campaigns, community outreach, and public policy initiatives that target the lack of affordable housing in metropolitan Chicago and Illinois. The Law Project is the only legal aid program in Illinois dedicated solely to legal assistance and advocacy to homeless or at-risk individuals, youth, and families.  Since 1997, the Law Project has been working tirelessly to protect the rights of homeless youth in schools. 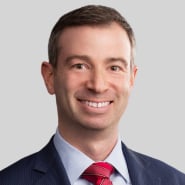