A refund of ACA-related taxes may be possible, but you have to act now

Special thanks to summer clerk, Vadim Zimet, for his assistance with this post.

This fall, the U.S. Supreme Court will consider a case that could allow taxpayers to receive refunds of certain taxes imposed under the Affordable Care Act (ACA). If the Supreme Court strikes down certain provisions of the ACA, taxpayers may be eligible for tax refunds, but only if a taxpayer has filed a timely refund claim for a particular year. Because the 2016 tax year is nearing the end of its statute of limitations, taxpayers may want to consider filing a “protective refund claim” for 2016 quickly.

The penalty for failure to carry health insurance under the ACA was eliminated in 2018. Under earlier Supreme Court decisions, the penalty, which was determined to be a “tax,” saved the ACA from an earlier conclusion that the Act was unconstitutional. Therefore, some argue that the ACA should now be deemed retroactively unconstitutional because the justification for the earlier decision that the ACA is constitutional has been eliminated. If the Supreme Court agrees, taxes imposed related to the ACA, including the additional 0.9% Medicare tax on earned income and the 3.8% net investment income tax applied to investment income (such as dividends, interest, and capital gains) could likewise be considered unconstitutional.

Generally, the ACA-related taxes have been imposed upon taxpayers whose adjusted gross income exceeded certain threshold amounts (in the case of the 0.9% Medicare tax, $200,000 for single persons, $1,250,000 for married persons filing separately, and $250,000 for married couples filing jointly). The 3.8% net investment income tax has been imposed on the lesser of (1) a taxpayer’s net investment income or (2) the excess of the taxpayer’s modified adjusted gross income over $250,000 if married filing jointly, $125,000 if married but filing separately, or otherwise $200,000.

Depending on the how the Supreme Court rules, taxpayers who since 2016 have paid the extra 0.9% Medicare tax on their wages or self-employment income, or the 3.8% tax on net investment income, could find themselves with a refund opportunity. If those taxes are ruled to be unconstitutional, such taxpayers will be able to assert refund claims. However, each refund claim must be filed within the three-year statute of limitations applicable to the return upon which the tax was reported (generally within three years of the due date of the return).

Because of extensions provided as a result of COVID-19, the statute of limitations applicable to 2016 tax returns that were filed by the April 15, 2017 due date will expire on July 15, 2020.Thus, the statute of limitations for requesting a refund of 2016 ACA-related taxes paid will likely expire before the Supreme Court makes any decision about the constitutionality of the ACA and the ACA-related taxes.

In anticipation of the Supreme Court’s decision, taxpayers may wish to consider the possibility and practicality of filing a protective claim for refund. Unlike typical refund claim filings, protective claim filings can be done less formally by sending a signed letter to the IRS outlining the taxes paid for which the taxpayer is seeking refund. If they filed their return jointly with their spouse, the letter should be signed by both spouses. To know how much a taxpayer paid in ACA-related taxes in a given year, they should refer to the Forms 8959 and 8960 that were filed with their federal income tax return. The amount of ACA-related taxes paid can be found at the bottom of those forms.

Note that refund of ACA-related taxes can be sought not just by individual taxpayers, but also by trusts or estates who were subject to these taxes. Estates and trusts with an adjusted gross income exceeding the dollar amount at which the highest tax bracket begins were also subject to the 3.8% net investment income tax. Thus, fiduciaries that paid the tax may have a fiduciary obligation to submit a protective claim for a potential refund.

It is far from certain whether the Supreme Court will deem the ACA unconstitutional. Even if it does, it is not clear whether the court will also invalidate the ACA-related taxes. Given this uncertainty, the decision of whether or not to file a protective claim for a given tax year should be made by weighing the expense of filing the claim against the potential refund amount. It is also important to know that filing a protective claim would keep other potential issues related to that year’s tax return open under the statute of limitations, chancing potential scrutiny from the IRS. Whether filing a protective claim is advisable will depend on how substantial the amount of ACA-related taxes you paid. 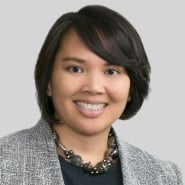