Kathy is co-chair the firm’s Election Law practice. She brings more than 30 years of litigation experience with a focus on complex commercial and business litigation including real estate, contract, construction, trademark, securities fraud and environmental disputes.

Kathy’s legal background includes serving as a member of the Local Rules Advisory Committee for the U.S. District Court for the Western District of Pennsylvania and being appointed by U.S. Sen. Arlen Specter to the Federal Judicial Nominating Commission for the Western District of Pennsylvania. She was appointed by former Pennsylvania Gov. Tom Corbett to The Higher Education Advisory Panel and was appointed by the General Counsel of the World Meeting of Families as a member of the legal team for the visit of Pope Francis to Philadelphia in 2015.

A frequent speaker on a variety of legal topics, Kathy has presented on the unique issues raised in the financial and private business sectors as it pertains to the redistricting law, Foreign Corrupt Practices Act, Sarbanes-Oxley and the U.S. Patriot Act, as well as corporate officer liability issues. 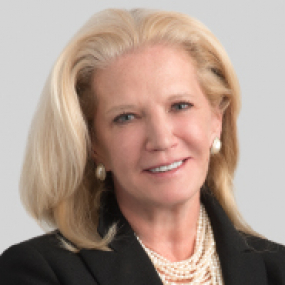 To give real service you must add something which cannot be bought or measured by money, and that is sincerity and integrity.