Jack’s career of more than 50 years in the Cincinnati legal community has included advising clients on matters of general business and corporate law; business structure, organization, and governance; securities law; fiduciary responsibilities, indemnification, and insurance coverage of directors and officers; mergers, acquisitions, and dispositions; capital formation, including venture capital; and complex contract issues. He has long been a leader in both the legal profession and the Cincinnati business community and has had substantial involvement with the nonprofit sector, both as a professional advisor and as a volunteer.

He has extensive experience in working with public companies as well as with entrepreneurial businesses of all kinds.

Jack served as outside general counsel for the Greater Cincinnati Chamber of Commerce (now the Cincinnati USA Regional Chamber) for nearly 20 years. In addition, he has been listed in Who’s Who in American Law, as well as in every edition of Best Lawyers® since 1993 in the area of Corporate Law. He also has been recognized by Ohio Super Lawyers®.

Jack has been the recipient of numerous awards for professional excellence and community service. He has been a part of numerous civic, church-related, youth-oriented and other charitable activities, including The Greater Cincinnati Foundation, Ohio State Bar Foundation, Cincinnati Museum Center, Dan Beard Council, Boy Scouts of America, Cincinnati Arts Festival, Leadership Cincinnati, Stepping Stones Center, Cancer Family Care, and Hyde Park Center for Older Adults. He served as general counsel of the 2012 World Choir Games, a spectacularly successful international choral music festival held in Cincinnati. As president of the Ohio State Bar Association in 2006-2007, Jack is credited with overseeing that organization’s first comprehensive strategic plan and initiating an in-depth review of its Constitution and other governance issues. He has been a key advocate of several measures including entrepreneurial activities that have enabled the OSBA to continue as one of the most effective professional organizations in the United States. Under Jack’s leadership as chair of the Board from 2007-2021, Ohio Bar Liability Insurance Company, a wholly-owned subsidiary of the OSBA,  has generated millions of dollars in dividends paid to its parent company. 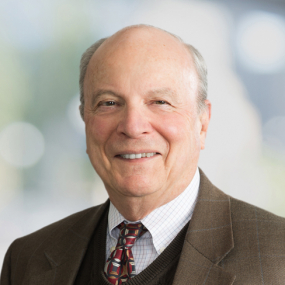