H.R. 8337, the stopgap government spending bill that was passed by Congress and signed into law by President Trump on Oct. 1, 2020, includes various amendments to the Medicare Accelerated and Advance Payment (AAP) program. The AAP was expanded under the CARES Act and has allowed health care providers, namely hospitals, to receive an advance on their Medicare claims payments in light of the COVID-19 pandemic. The changes will come much to the delight of providers, who now face a longer repayment term and lower interest rate on any unpaid amounts.

The new spending bill provides numerous changes to the AAP program, including:

The new law comes on the heels of the Health Economic Recovery Omnibus Emergency Solutions (HEROES) Act proposed by the U.S. House of Representatives back in May and the Health Economic Assistance, Liability Protection and Schools (HEALS) Act proposed by the U.S. Senate back in June, both of which included amendments to the AAP program, but failed to gain enough support from congressional Democrats and Republicans in order to make it into law.

While the amendments to the AAP should be a welcome change to health care providers, it begs the question as to whether it is enough to relieve some of the financial strain on providers in the midst of COVID, or whether perhaps more changes are forthcoming to the AAP. Back in June, H.R. 7292 was introduced in the House and proposed, among other things, to forgive debts arising under the AAP for providers meeting certain criteria. And just last month, the bipartisan House Problem Solvers Caucus (the Caucus) released a framework for further COVID-19 relief and economic stimulus efforts, under which the Caucus provides for $45 billion in forgiveness of AAP loans to providers. Even though these legislative proposals may die out before reaching the president’s desk, they at least represent a desire on Capitol Hill to potentially ease some of the financial burdens of the AAP loans in light of COVID.

For more information about the new changes to the AAP, contact Kyle Schrodi, John Green or any member of Porter Wright’s Health Care group. 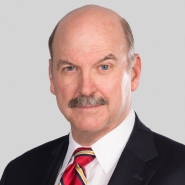