Ohio Gov. John Kasich has appointed Chris Schraff, partner in the firm’s Litigation Department, to the state’s Sewage Treatment System Technical Advisory Committee. The committee’s mission is to assist the Ohio Department of Health in the review (and approval or disapproval) of home sewage treatment systems and their components that are new or different from those currently authorized by the state. The systems involved are septic tanks and leach field systems that handle sewage from homes, and small-flow commercial systems that are not served by central sewers.

“New state rules under consideration will mandate that approved septic systems be installed in new construction and whenever existing systems must be replaced,” said Schraff, who assisted in the development of the new rules in the state’s sanitary code. “The new rules have been the subject of much discussion and are somewhat stricter than in the past.”

The committee’s 14 members represent various stakeholders and industries, including several county health departments, engineers, a manufacturer and designer. Schraff’s position on the committee represents public interests. “I try to bring the homeowner’s perspective to the table. Also, to have someone on the committee with legal expertise should be of value because of the legal ramifications of the approval process, the obligation to maximize available choices of systems to homeowners, and encouraging cost-effective solutions to onsite wastewater treatment.”

Schraff said the committee plays an important role throughout the state in helping prevent sewage contamination of ground water, discharges into rivers and streams and health hazards. 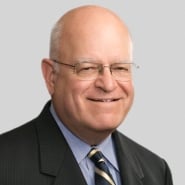