Ana concentrates her litigation practice in commercial disputes related to product liability, transportation and logistics, and business competition. She has worked with privately held companies as well as public institutions and universities in a variety of litigation contexts. In addition, she is an active member of the firm’s Government and Regulatory Affairs group, with Capitol Hill experience.

Prior to joining the firm, Ana served as an intern for the United States House of Representatives and as a paralegal focused in real estate. During law school, she served as a legal intern for the American Civil Liberties Union and for the Federal Public Defender’s Capital Habeas Unit. She was also a research assistant for an employment law professor at The Ohio State University Moritz College of Law. A cum laude graduate, Ana was recipient of the Leadership Scholarship Award, named a Public Service Fellow and served as chief managing editor of the Ohio State Journal of Criminal Law.

Ana serves on the Executive Board for the League of Women Voters of Ohio and is an associate board member of the Dayton Art Institute. 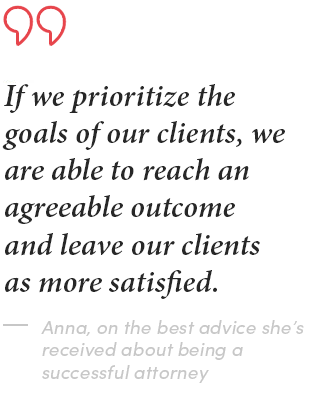