'To arbitrate or not to arbitrate?' That is the question

This article originally appeared in the March 28, 2018 issue of Corporate Counsel.

Try as you might, some of your business deals invariably turn sour. No one likes to think about future disputes when you are entering into a deal, but it is worthwhile to take some time to think about how disputes will be resolved before a dispute arises. Will you take your troubles to court? Or will you resolve your differences in a private arbitration? There is no one-size-fits-all answer, but there are some key points that should factor into your assessment of whether to include an arbitration clause.

The first thing to consider is how important it is to keep the dispute confidential. The value of confidentiality will depend on the sensitivity of the matter in dispute and the nature of the evidence needed to resolve it.

In contrast, filing in court typically means a public complaint and public filings that expose the dispute to competitors and other potential counter-party litigants, among others. Precautions can be taken to minimize public exposure through requests for protective orders, but these are not always granted If the parties agree, in most jurisdictions such orders are obtained routinely to cover discovery documents, but most courts are less willing to seal documents that are put into the court record and will require at least redacted copies to be filed. Where there is disagreement about the need for protection, stringent requirements must be met to obtain such an order. While courts are required to protect certain types of information, e.g., Social Security numbers or personally identifiable medical information, they are often hesitant to grant protection to other types of information, such as sensitive business information. In sum, if confidentiality is desired, arbitration is more likely to provide it.

The second thing to consider is whether you want the resolution of a dispute to have a preclusive effect. In court, if the legal elements are satisfied, the doctrines of collateral estoppel and res judicata will govern not only disputes with the contractual counterparty at issue, but also potentially disputes with third parties. In arbitration, however, this is not as certain for three reasons. First, because arbitrated disputes can be subject to confidentiality agreements and orders, you may not be entitled to use an arbitration award in a future dispute in which your client was a party, and you may not even know about potentially relevant past arbitration orders that might bind the counterparty. Second, many arbitration awards are summary awards with little or no reasoning; summary awards may have little preclusive effective because it may be difficult or impossible to determine which factual and legal issues were decided. Third, whether and to what extent a known arbitration award might apply in any given arbitration will be subject to the discretion afforded to your current arbitration panel. To illustrate, some arbitration clauses expressly provide that the arbitration panel is not required to follow the strict rules of law. Such a provision could affect an arbitration panel's analysis of whether collateral estoppel or res judicata are applicable. All in all, if you want the resolution of a dispute to control future business dealings, having your dispute in court is a more certain way to obtain that result.

The next thing to consider is how much value you place on predictability as opposed to flexibility of the result. Arbitrations can provide a more flexible approach to resolution of disputes than court proceedings. In particular, if the parties prefer a practical solution rather than being bound by the strict letter of the contract and the law, arbitration is a good option. The language of the arbitration clause will determine how much flexibility an arbitrator has in reaching a resolution. The disadvantage of this approach is less predictability. In court, the decision maker is bound by the law. Thus, if there is significant case law in the area of the dispute, the results should be more predictable in court. Of course, you will never know exactly what issues will arise in future disputes. That said, as a general rule, if predictability is important to you, court is generally the better way to go. If you lean in favor of flexibility, arbitration is often the better route.

You should also consider the fact finder. That is, who will resolve any dispute: judge, jury, or arbitrator? If any potential dispute will relate to a technical or complex industry, you may want to have your dispute resolved by an arbitrator who is an industry participant or expert. A fact finder who is an industry participant or expert might reduce the likelihood that critical facts will be misunderstood.

While this risk can be reduced somewhat in court through the use of experts, this factor weighs slightly in favor of using arbitration if the dispute-potential or otherwise-involves a complex or specialized industry.

Another important set of factors to consider are the incentives of courts versus arbitrators. One of the few grounds under which an arbitration award can be vacated is if the arbitrators refuse "to hear evidence pertinent and material to the controversy." Because of this, arbitrators have an incentive to take a conservative approach and allow broad discovery while also avoiding granting dispositive motions. An arbitration panel is also incentivized to grant the parties as much time as they reasonably desire to present all of their evidence. In addition, arbitrators are often empowered to craft business solutions to parties' disputes and this may lead them to take a compromise approach to resolving disputes. Finally, because arbitrators have practices of their own, they might be incentivized to avoid issuing decisions that might alienate powerful industry players and this could lead to arbitrators being hesitant to create clear winners or losers in any given dispute.

In contrast, state and federal courts are notoriously overburdened and therefore have an incentive­ whether acted upon or not-to find the quickest and most efficient way to resolve disputes. For example, a court may unilaterally advise the parties that the trial will occur six months from the filing of the complaint and that they will have only four days to present a case to a jury. Depending on your situation, that could be a dream or a nightmare. In addition, because state and federal rules almost invariably set forth procedures for granting summary disposition or disposition on the pleadings, courts are more likely to grant dispositive motions. Finally, courts are more likely to create clear winners and clear losers in any dispute.

It is often said that arbitration is cheaper than litigation in court. In fact, arbitration may be more expensive than a court proceeding because, among other reasons:

Another misconception about arbitration is that it is faster than resolving a dispute in court. Again, this is often  not  true.  Most  arbitration  proceedings  will  involve  document  discovery,  depositions,  experts, and prehearing briefing and can take as long as or longer than the typical court proceeding.

A significant advantage of arbitration is that dispute resolution can be customized by mutual agreement of the parties. By way of example, the parties can specify the qualifications of potential arbitrators, specify the number of arbitrators that will resolve a dispute, limit discovery or expert involvement, provide for summary disposition of disputes, or provide that the arbitrators are not bound by rules of evidence. There are literally countless ways that parties can customize arbitration to save time and money. Reaching agreement about the contours of the arbitration can be difficult once the parties are adverse. So it is best to consider whether you want an arbitration option and what kind of arbitration you want at the time of contract drafting.

If you elect to go the court route, you can customize through the use of a choice of law clause, service of suit provision, jury waiver, and forum selection clause, among other mechanisms. The use of such provisions can alter your court experience dramatically. For example, without a jury, a judge may be more flexible with procedural issues, such as the length of the trial. Forum selection and choice of law clauses also give you more control over who resolves your dispute and how.

Another issue to consider is the finality of any contested ruling. Court decisions are appealable. Arbitration awards, in contrast, are extremely difficult to overturn. The Federal Arbitration Act and most state arbitration statutes provide only a small number of expressly enumerated grounds to vacate an arbitration award. The burden of satisfying these grounds is high. Thus, arbitrated disputes have the advantage-or the disadvantage, depending on one's perspective-of being comparatively final.

There is no universal answer to the question of whether to arbitrate or proceed to court. However, the points listed above provide clients and counsel alike with a framework within which to make these decisions.

Reprinted  with permission from the March 28, 2018 issue of Corporate Counsel. 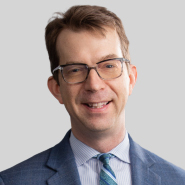