The U.S. Customs and Border Protection detention of over 1,5000 import shipments (valued at more than $500 million) in fiscal year 2022, under the auspices of the Uyghur Forced Labor Protection Action, indicates that enforcement of the UFLPA and other forced labor regulatory requirements is likely to remain a priority for the U.S. Government.

U.S. importers and their exporting counterparts should be prepared for a continuation of CBP enforcement and trends that may expand the scope of enforcement and regulatory compliance requirements in 2023. 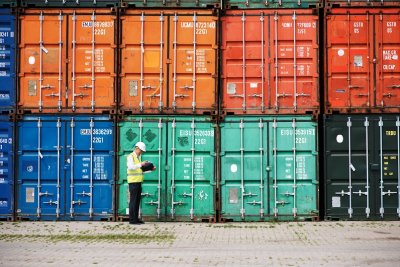 The initial policy and enforcement focus by the U.S. has been targeting imports involving three products: cotton (textiles), polysilicon (solar cells) and tomatoes (agriculture). But a number of recent developments indicate a potential expansion of enforcement scope by Customs.

A detailed report, issued in December by a UK-based NGO, alleged that most of the global auto industry supply chain is tainted with forced labor and is significantly tied to China’s Xinjiang Uyghur Autonomous Region.

Specifically, the report identified various parts and raw materials used in the auto industry that appeared to be sourced directly or indirectly from the Uyghur Region, including iron, steel, aluminum and copper, and other components like tires, seat cushions, batteries and electric components. The report also identified practices that allegedly moved workers from the Uyghur Region to other parts of China for work in automotive-related industries.

Similarly, an NGO report issued in April 2022 specifically focused on aluminum products (not limited to auto parts) indicated potential pervasive use of forced labor in China. Recent UFLPA detention notices also have included due diligence documentation requirements for aluminum products in addition to previously-targeted due diligence requirements for cotton, polysilicon and tomato products.

Following the above-noted reports, Senator Ron Wyden (D-Ore.), who chairs the Senate Finance Committee, sent a letter to eight automakers requesting information regarding their anti-forced labor due diligence processes and compliance mechanisms with respect to suppliers or sub-suppliers in China and imports into the U.S. Senator Wyden has extensively questioned customs and other agency officials on strengthening enforcement policy in the automotive sector.

In parallel to these reports and Congressional inquiry, the U.S. and Japan have launched a task force to promote human rights and international labor standards in supply chains. The task force specifically focuses on combating alleged forced labor of minority Muslims in the Xinjiang region and notes that Japan would seek to issue its own regulations to strengthen anti-forced labor policies. A likely focus of these efforts will be the automotive industry, based on the concerns raised by the NGO community and U.S. government officials.

Expansion of CTPAT and other voluntary supply chain compliance program

These CTPAT updates are in parallel with a growing trend of governments encouraging companies to embed corporate responsibility, human rights and ESG principles into supply chains. For example, the EU's Corporate Sustainability Due Diligence Directive includes a broad scope of human rights and environmental protections and specific compliance expectations regarding forced labor protections.

U.S. importers should take note of these ongoing trends in both their development of supply chain strategies and compliance mechanisms. The costs of disrupted supply due to seizures and/or reputational damage for being associated with forced labor will continue to impact operations in 2023 and beyond.