The False Claims Act is the government’s primary litigation tool to redress fraud and false claims made by entities contracting for or otherwise claiming government payment. In 2021, enforcement under the FCA was rigorous, resulting in the emergence of new trends and areas of focus for the Department of Justice. In light of new FCA-related issues and continued active FCA enforcement, it is important for legal practitioners, government contractors, and business owners and stakeholders to be aware of FCA developments and trends from 2021 and how these may affect business in 2022. FCA enforcement in 2021 was robust, and settlements and judgements under the FCA reached the second highest amount ever recorded.

In 2021, the DOJ continued its robust enforcement of the FCA. It obtained more than $5.6 billion in settlements and judgements from FCA investigations, the second largest amount ever recovered and the largest amount recorded since 2014. The $5.6 billion recoveries figure is inflated by settlements stemming from the opioid crisis, including a $2.8 billion bankruptcy payment from a large pharmaceutical company “to resolve civil allegations that the company promoted its opioid drugs to health care providers it knew were prescribing opioids for uses that were unsafe, ineffective and medically unnecessary, and that often led to abuse and diversion.”  But, even without that payment, the remaining $2.8 billion is in line with recovery trends from the last five years.

As has been the case for nearly 10 years, the majority of the government’s FCA recoveries were in healthcare. Approximately $5 billion of the $5.6 billion recovered was related to false claims or opioid crisis-related settlements in the healthcare sector. The DOJ settled or obtained judgments against a wide variety of healthcare industry stakeholders, including pharmaceutical companies, hospitals, physicians and physicians practices, device manufacturers, mail-order medical equipment and test providers, outpatient therapy clinics, nursing homes, pharmacies and treatment facilities. In 2021, the government continued to solidify its FCA enforcement against individual wrongdoers and not just their companies or healthcare practices. Shareholders and directors now are within the focus of the DOJ and likely will remain there in 2022.

Additionally, in light of the COVID-19 pandemic and the massive government expenditures associated with it, a new area of focus for FCA enforcement emerged — small to mid-sized businesses that received government funds under the Paycheck Protection Program. Small to mid-sized businesses have never before received as much focus from the DOJ at they did in 2021 and are likely to see even more attention in 2022. The DOJ recently released FCA enforcement statistics related to the PPP program. In light of these statistics and recent case law, it is important to businesses of all sizes, legal practitioners and government contractors to be aware of FCA developments and how those developments may focus the government’s FCA enforcement in 2022.

No major policy shifts from Biden Administration, but renewed focus in key areas

In 2021, the DOJ made no major shifts in FCA enforcement policy. However, it did announce renewed and relatively new focus in notable industries. In the healthcare sector, the government focused on recovery in several areas:

Additionally,  the DOJ announced a new Civil Cyber Fraud initiative to use the FCA to recover outlays related to cybersecurity.

Opioids
The opioid epidemic is a serious problem in the U.S., as tens of thousands of Americans die from opioid overdoses every year. In 2021, the government focused on holding pharmaceutical companies responsible for their roles in the epidemic. As a result, the largest settlements under the FCA in 2021 came from prescription opioid manufacturers. In fact, $2.8 billion is attributable to a settlement by a large pharmaceutical company, which was part of a global resolution of criminal and civil liability relating to the promotion of opioids that were unsafe, ineffective and medically unnecessary, and resulted in abuse. Additionally, the DOJ signaled its focus on individual accountability by holding individual shareholders and directors of the pharmaceutical company accountable for $225 million for promoting an unsafe marketing of a drug. 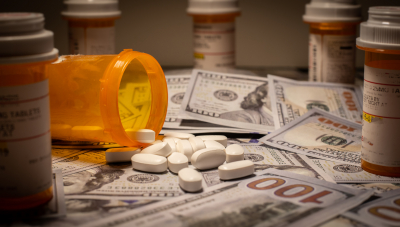 This enforcement comes after the DOJ made clear that it would not hesitate to hold individual executives and directors accountable. On Oct. 28, 2021, Deputy Attorney General Lisa Monaco, in a statement to American Bar Association’s National Institute on White Collar Crime, stated that individuals also would be held accountable during government investigations. The DOJ again made its focus on individual accountability clear in its report on Feb. 1, 2022. In this report, the DOJ explained how throughout its 2021 investigations the FCA was used to deter and redress fraud by individuals, not just corporations. Shareholders and directors likely will continue to face heightened scrutiny by the DOJ in 2022.

Unlawful kickbacks
The government prohibits kickbacks in the healthcare industry because of the ability to subvert medical decision making. Unlawful kickbacks usually include either improper payments by pharmaceutical companies or inducing the purchase of a good or service paid for by the federal government. Recoveries due to unlawful kickbacks ranged from $8 million to $160 million. For example, a regional hospital paid $21.25 million to settle allegations that it paid physician groups substantially more than fair market value for patient referrals and then billed Medicare for these illegally-referred patients, in violation of the Anti-Kickback Statute and the Stark Law.

Medicare fraud
Through the FCA, the government is able to restore funds to government programs such as Medicare, Medicaid and TRICARE. Congress projected that in 2021, CMS would pay more than $343 billion to private carriers who offer those plans. As such a large area of government spending, the DOJ rigorously pursued healthcare plans and providers that submitted unsupported diagnosis codes to make their patients appear sicker than they actually were or billed for services not actually rendered. Neither Congress nor CMS has ever treated an unsupported diagnosis for a patient as valid grounds for a payment to a Medicaid Advantage provider. When an unsupported diagnosis code is the basis for a payment to a provider, what results is called an overpayment. The overpayment rule, on its face, is simple — once a provider identifies an overpayment with reasonable diligence, it has 60 days to refund the payment. If such payment is not returned, then the provider may be liable under the False Claims Act.

This year, the DOJ recovered notable amounts — between $6 and $90 million settlements — from insurers and providers participating in Medicare Advantage programs. The allegations of each investigation revolved around the same theme — organizations submitted or caused the submission of inaccurate information about the health status of patients to increase reimbursement from Medicare. Recently, the D.C. circuit court issued an opinion regarding the overpayment rule in United Healthcare Insurance Co. v. Becerra. 16 F.4th 867 (D.C. Cir. 2021). In Becerra, insurers brought suit seeking to have the overpayment rule invalidated. The insurers claimed that the rule violated statutory provisions that guaranteed risk-adjusted payments under Medicare Advantage would be “actuarially equivalent” to payments under other Medicare programs. The insurers argued that the return of overpayments would depart from the actuarially equivalent standard used in other Medicare programs. The District Court agreed and held that the rule was invalid and struck down the reasonable diligence standard claiming that the reasonable diligence standard could not be compatible with the scienter requirement of the FCA. However, the D.C. Circuit overturned that decision and found that the overpayment rule did not violate the statutory scheme and insurers still are required to identify overpayments and refund any overpayments within 60 days.

COVID-19 PPP fraud
In early 2020 through 2021, Congress authorized historic levels of public aid in response to the COVID-19 pandemic. The PPP provided over $791 billion across 11.45 million loans. The DOJ has worked diligently to monitor and investigate the misuse of pandemic relief monies. Released on Oct. 15, 2021, a report by the Small Business Association Office of Inspector General, indicated that the OIG received over 40,000 tips on fraudulent activity regarding PPP loans. The SBA identified over 70,000 potentially fraudulent loans that totaled almost $4.6 billion. The loans were marked as potentially fraudulent due to duplicative loans, false statements on applications, fraudulent reporting documents and misuse of proceeds. The OIG believed the 70,000 potentially fraudulent loans are “just the tip of the iceberg.” Because of the large amount of government resources spent and the relaxation of regulations in order to dispense the loans quickly, the PPP is susceptible to fraud.

On Feb. 17, 2021, Assistant Attorney General Brian Boynton made clear that COVID-19-related fraud would be at the forefront of the DOJ’s enforcement stating, “It is clear to me and my colleagues in the Civil Division . . . that the False Claims Act will play a significant role in the coming years as the government grapples with the consequences of this pandemic.” Boynton also noted that the DOJ would “monitor [] and investigate the misuse of critical pandemic relief monies” and expected “significant cases and recoveries.” The FCA enforcement regarding PPP loans is productive because, in conjunction with the heavily regulated PPP loan applications, businesses were required to submit affirmations and documents to support their applications. Additionally, forgiveness of the loan requires another application with affirmations and supporting documents. The applications provide ample opportunity for a business — either purposefully or inadvertently — to make a false claim to the government.

In 2021, the department settled its first PPP fraud case. Settlements pertaining to misuse of PPP loans ranged from $30,000 to $430,000. While the settlements and judgements are relatively small compared to the multi-million and multi-billion dollar settlements in other areas, they can be devastating to small business owners. Because investigation and prosecution of cases relating to PPP loans began in 2021, the full impact of enforcement in this area is yet to be seen as the bulk of investigations launched in 2021 are yet to be resolved.  Additionally, cases involving the misuse of PPP funds can prove tricky to investigate as the line demarking PPP funds used to pay employees and existing business capital used for other expenses may be hard for the DOJ to discern during investigation. It is in the best interest of business owners who received PPP loans to ensure accurate records of their use of PPP loans and conduct reviews to ensure PPP loan funds were not used for personal or business expenses not related to employee payment.

Procurement fraud and other areas
The fraud recoveries in 2021 reflect the broad scope of investigations undertaken by the DOJ. This includes fraud the DOJ pursued that occurred against the government during its purchases of goods and service. Procurement fraud actions arise when government contractors either falsify pricing data to induce the government into a contract or where goods or services rendered to not comply with the contract requirements. Further reflecting the diverse nature of fraud recoveries, the DOJ recovered:

The DOJ is clear on what areas of fraud it will focus on under the FCA — healthcare fraud and COVID-19-related fraud, and individual accountability. While healthcare fraud often is at the forefront of FCA enforcement, in 2021 the DOJ used healthcare fraud to signal its focus on individual accountability. Additionally, in light of COVID-19, the DOJ now is launching FCA investigations into small businesses more frequently than ever. While a small amount of claims regarding PPP loans were settled in 2021, many more are to come in 2022 as the bulk of fraud in that arena is yet to be uncovered. 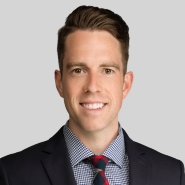 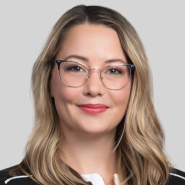