On Monday, April 27, 2020, the United States Supreme Court agreed to review a case out of the Sixth Circuit involving IRS reporting requirements and potential compliance penalties under regulations involving “microcaptive” insurance companies. An issue in the case is whether taxpayers can challenge the reporting requirement without paying a potential compliance penalty or waiting for IRS enforcement proceedings. The 2016 IRS notice at issue identified certain transactions involving microcaptives (sometimes known as 831(b) captives) and required entities and advisers using the microcaptives to report on certain transactions, which could trigger potential penalties for non-compliance.

In CIC Services v. Internal Revenue Service, the Sixth Circuit ruled in favor of the IRS, and held that the compliance penalty was essentially a tax. The court held that the Anti-Injunction Act applied, and therefore any taxpayer challenge can only be made after the taxes are paid. CIC argued in its appeal that the ruling insulates the IRS from even “patently unlawful” rulings and subjects the taxpayer to enormous fines, or even jail time for compliance mandates imposed without formal rulemaking. CIC further argued that the IRS notice was invalid, and violated the Administrative Procedure Act and the Declaratory Judgment Act, which serve to limit courts’ jurisdiction over tax assessments.

The case is primarily an appeal over the procedural issues, but does offer a rare chance for the Supreme Court to weigh in on issues relating to captive insurance companies. Captives that elect to be taxed under Section 831(b) are taxed only on investment income, and not on underwriting income. This has the effect of reducing tax liability in comparison to other captives and to insurance companies. The IRS has increased its scrutiny of 831(b) captives in recent years because of suspected use as unlawful tax avoidance schemes, and has won every case that has been decided thus far.

The case will be heard in the upcoming October term in the Supreme Court. For more information or insight on captive insurance, contact Charlie Leasure. 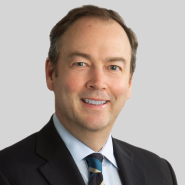