Porter Wright is proud to announce that attorney Zachary El-Sawaf has joined the firm as Senior Associate in its Litigation Department.

El-Sawaf’s primary areas of practice include commercial litigation, insurance defense, criminal defense and administrative appeals. He is very active in the startup, entrepreneurial and civic communities in Cincinnati.

“Our entire team is excited to welcome Zach,” said Holly Kozlowski, partner-in-charge of the Cincinnati office. “We are pleased to add his extensive experience to further strengthen our Cincinnati litigation group, and to support Zach’s involvement in the Cincinnati entrepreneurial community.”

The hiring of El-Sawaf brings the total number of attorneys in Porter Wright’s Cincinnati office to 20, eight of which are in the Litigation Department. 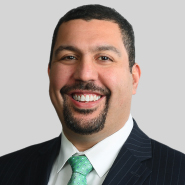