Last year, the Ohio Legislature made a number of important changes to Ohio’s statutory banking code. These are the first comprehensive changes in more than twenty years. Most of the changes were effective Jan. 1, 2018.

The heavy lifting of the new Ohio banking bill is language that consolidates a number of existing financial institution charters into one single charter. Going forward, Ohio-chartered banks, savings and loans and savings banks will be operating under one common form of charter.

So, generally speaking, the changes made by the new banking code can be summarized with two words: consolidation and clarification. The happy result is much needed modernization.

The bill clarifies existing law by dealing with a number of issues that have arisen over time. While some are minor, some are critically important. For example, it clarifies the extent to which the general corporation statute applies to banks chartered under Title 11 (see new Ohio Revised Code Section 1113.01).

The bill also makes an important change to current law aimed at limiting the personal liability of individual bank directors. Under continuing banking law, a bank director is liable for damages if he or she knowingly violates, or knowingly permits any other officers or agents of the bank to violate, any provision of banking law. The new banking bill specifically incorporates the common defenses provided by Ohio corporate law to directors for actions taken to further the best interest of the bank or in reliance in good faith on the bank’s management, staff or external experts (new Ohio Revised Code Section 1105.11(A) and (B).

The bill also provides that Ohio banks should have “competitive parity” with other types of nationally-chartered financial institutions that operate in Ohio (new Ohio Revised Code Section 1101.02). The result is that generally speaking Ohio banks can undertake the same business activities of national banks, with some exceptions.

So the new legislation is broad in scope as the examples given in this brief description are intended to suggest. Ohio’s bankers and bank customers should benefit from the changes it makes that are intended to clarify and consolidate Ohio’s statutory banking law.

A more detailed description of the changes made by the new legislation can be found in the full piece, found here. 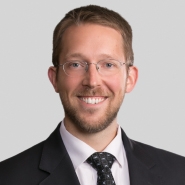