Chelsea Weaver is in the firm's Cincinnati office. As member of the litigation team, she concentrates her practice on complex commercial litigation.

What inspired your decision to become an attorney?

I wasn’t sure what I wanted to do in life when I left Ohio State with an English degree, so I did a lot of things. I moved into an apartment in Covington, KY. I took a job as a waitress/hostess/bartender at a Thai restaurant. I watched a lot of trash TV and good TV, too. I read a lot of books I always wanted to read. I did many puzzles. I was an aide for a freshman boy with autism. I auditioned for community theater (did not make the cut). I wrote a play. I played Dungeons and Dragons. I was a substitute teacher for grades K-12 where I had to relearn long division one day and send an 8th grader to the principal’s office the next (not super successful with the long division).

After two years of that, I knew I wanted to keep reading and writing and figuring out puzzles and problems. I became a lawyer, and I really love the work. All those other things are still a part of me, and what I love about being a lawyer is that the creative part of my brain doesn’t feel unused.

How has your previous experience helped you in your current role at Porter Wright?

I’m constantly learning in the form of – I do something wrong and someone tells me it is wrong. So, I think the most valuable lessons I’ve learned are patience and the ability to take criticism without feeling personally attacked. The latter is really hard and it wasn’t until recently that I did the work to get to a place where I don’t take a million red-lines as an insult to my intelligence or ability. The work is still being done.

But every experience I’ve had led me to a place of understanding that no accomplishment or job was going to help me get the confidence I needed to feel successful. All the external validation can be and was taken away many times. So, I’m better at taking criticism, which is super helpful when you’re new at something like I am at being an attorney.

What is the best piece of career advice you have received?

Don’t let yourself be miserable. Chances are, if you’re miserable, you’re not doing a good job anyway.

I’m a people pleaser, so this hit hard for me when I finally understood it. There is so much time spent doing the thing you do. If you’re miserable doing it, it’s going to be really rough going. We can’t keep doing something out of perceived obligation to someone else or because we think that if we quit, we’re weak. Quitting can be a great thing. It’s a vulnerable thing to do, but we also don’t need to be strong all the time. Vulnerability is an asset.

Complete the sentence: “If I wasn’t an attorney, I would be a…”

Copywriter or doing something in comedy or TV broadcasting. I was set on this path as an undergrad. I did improv and stand up comedy. I interned with NBC4 and 10TV in Columbus, and for my last semester of undergrad, I moved to New York for an internship with the Tonight Show with Jimmy Fallon, having the intention of staying there.

I am here, so obviously I did not. But I’ve had some incredibly talented friends pursue improv,  screenwriting or television production. I don’t think I was ready to do that at 22. I wasn’t assertive or confident enough and rather than try to become an NBC page like Kenneth in 30Rock, I came home. And I don’t regret it at all. I thought I was being weak at the time for not sticking it out, but it just wasn’t my path.

Maybe one day I’ll write a screenplay and sell it for millions, though. Who’s to say?

Tell us about a passion project or hobby.

My passion is in the Anti-Diet world. Reading, acquiring and providing resources for people to learn more about the anti-diet/fat positive/intuitive eating/body liberation/body neutral/Health at Every Size/body positive/body respect movement. It has so many different names and the movement really hasn’t settled on one that is the “best” descriptor. But the idea is that body size is the least important thing about you. Body size, backed by research, is not a good indicator of health and health is an extremely privileged thing to have. The best thing for our bodies is that we trust them, we’re kind to them, we participate in movement in the ways we want to be moved, and we respect them for everything they can do.

With this is a racial justice component largely because the thin ideal is rooted in the idea of the body of the “other.” Black, indigenous and people of color experience environmental harms in different ways and at a far greater magnitude than white people, which contributes to their overall health outcomes often in negative ways. The body positive movement was created by Black women and I owe those women for the confidence I’ve built and surety in my work. 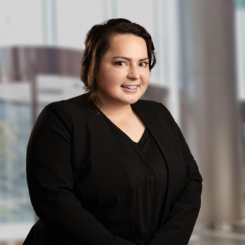