Jay Yurkiw, partner and chair of the firm's E-Discovery Practice Group, was quoted at LawTechnologyNews.com in the article "Scheindlin not charmed when revisiting spoliation a third time," published Aug. 16, 2013. Judge Scheindlin of the U.S. District Court for the Southern District of New York, long nicknamed the Godmother of e-discovery, recently criticized the proposed amendment to Rule 37(e) to the Federal Rules of Civil Procedure, which would limit the imposition of e-discovery sanctions for spoliation to instances where the destruction of evidence caused substantial prejudice and was willful or in bad faith. 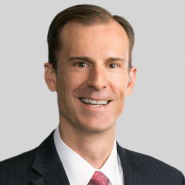