On November 5, 2013, the Sixth Circuit Court of Appeals and Ohio Supreme Court handed down a pair of class action decisions that are major wins for companies and employers. The Sixth Circuit held that courts, not arbitrators, must decide whether an arbitration clause permits classwide arbitrations—and that an arbitration clause that is silent on the issue bars classwide arbitrations. The Ohio Supreme Court followed recent decisions from the United States Supreme Court and held that trial courts must conduct a rigorous analysis when ruling on class certification, including resolution of factual disputes, factual findings and an examination of the merits where necessary. Both decisions addressed issues that have been vigorously debated by parties and lower courts, and they unambiguously did so in favor of class action defendants.

Reed Elsevier is a major win for companies and employers. Classwide arbitrations are effectively barred unless they are expressly authorized by an arbitration clause. Defendants can ask courts to enforce this limitation at the outset and need not submit the question to an arbitrator, who may rule differently and whose decision is not easily appealable. Finally, plaintiffs cannot avoid these results by arguing that the parties’ contract is one-sided, adhesive or unconscionable. All of these holdings are a major win for companies and employers that do not want to be forced to defend class arbitrations.

The Ohio Supreme Court effectively overruled a prior decision by holding that trial courts must “rigorously analyze” class certification requirements, including resolution of factual disputes, factual findings and an examination of the merits where necessary. 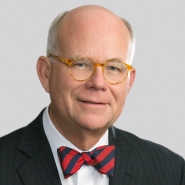