The less traveled road to the Supreme Court of Ohio

Twenty-three years ago, the Supreme Court of Ohio adopted a rule that allows federal courts to certify to the Court for resolution questions of state law that may be determinative of the federal proceeding but for which there is no controlling precedent. Since 1988, federal district courts and the Sixth Circuit Court of Appeals have invoked the certification rule on average four times a year for a total of 105 cases as of September 2011. The Supreme Court has discretion to accept a certified question for resolution or to decline the case. The Court has accepted three-fourths of the cases presented to it. The most common reasons for declining a case are that the question presented is too fact-specific, that there is controlling precedent, or that the question will not be determinative of the action. The Court, however, does not always say why a case is declined. 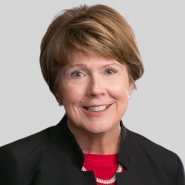