David Shouvlin, a partner in Porter Wright's Litigation Department, has been honored with a Columbus Bar Foundation (CBF)/Columbus Bar Association (CBA) 2013 Pro Bono Award. He will be presented with his award - for Outstanding Pro Bono Service by an Individual - at the CBF's Annual Meeting on May 16. 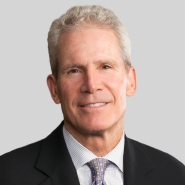