Attorney Scott North comments appear in an article in the Jan. 23, 2014 edition of Columbus Business First on why the commercial docket was established for Ohio’s Common Pleas courts.

"We were looking for competitive advantages for Ohio’s business climate. One of the ways to do that was a commercial docket. It gives Ohio a competitive advantage over states without one and keeps us even with states that have one," said North in the article. North in 2007 was named to a task force created by late Ohio Supreme Court Chief Justice Thomas Moyer to examine the concept of commercial dockets in Ohio. At the time, North was leading regulatory reform efforts for then-Gov. Ted Strickland. 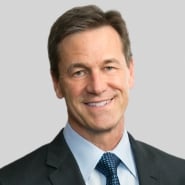