Ryan Elected President of the International Association of Defense Counsel

Porter Wright partner Joseph W. Ryan, Jr. recently was elected president of the Board of Directors of the International Association of Defense Counsel (IADC) at its Annual Meeting in Barcelona, Spain. The IADC is comprised of approximately 2,400 of the world’s leading corporate and insurance defense attorneys.

Members of the IADC are a select group of attorneys — chosen by invitation only — with advanced skills in defense law who look to each other to further develop their skills, their business and the legal profession. The IADC has members from 34 countries, including General Counsel from numerous Fortune 500 companies.

Ryan has been a member of the IADC since 1989 and has held numerous positions within the organization during that time, including serving as Vice President of The Foundation of the IADC and Director of the IADC Trial Academy. Ryan was elected to the IADC Board of Directors four years ago.

“This is the high point of my professional career,” said Ryan. “I have formed lifelong friendships through the IADC and it is a wonderful source of referrals, since you can be assured that you are referring your client to an attorney of the highest caliber. I am deeply honored to have been elected by the group to lead it through the coming year.”

Ryan focuses his litigation practice in the areas of complex professional liability, intellectual property, class actions, and commercial law. He represents corporate clients throughout the country on trademark, service mark, and trade dress claims. The National Law Journal singled out his defense of a Cleveland psychologist as the “Most Impressive Civil Defense Verdict in the United States in 2002.”

Porter Wright Morris & Arthur LLP is a large law firm that traces its roots to 1846 in Ohio. With offices in Cincinnati, Cleveland, Columbus, and Dayton, Ohio; Washington, D.C.; and Naples, Florida, Porter Wright provides counsel to a worldwide base of clients.

The International Association of Defense Counsel has served a distinguished membership of corporate and insurance defense attorneys since 1920. Its activities benefit the approximately 2,400 invitation-only, peer-reviewed international members and their clients through networking, education, and professional opportunities, and also benefit the civil justice system and the legal profession. The IADC takes a leadership role in many areas of legal interest and professional development. 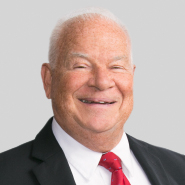