Recent patent decisions point to tough road ahead for inventors

A surge in U.S. Supreme Court patent law decisions in the past few years is a significant change from the past, says Rick Mescher in an Aug. 22, 2014 article in Columbus Business First. "If you go back for the last 55 years, the average is about 1.2 cases per year," Mescher said in the newspaper’s Q&A on patent law. "In this decade, we are averaging 3.4 cases. We’ve had 17 in five years."

What’s driving such a flurry of activity? Mescher said he has seen two prominent theories among industry experts: "… one is that the Federal Circuit is too pro-patent and the Supreme Court is trying to hold them back. If you look at this year, out of the six decisions, in five of them the Federal Circuit was reversed at least in part. The second theory is the inactivity of the legislators to hold back patent trolls is causing the judiciary to take action."

Mescher concludes that all the decisions indicate more restrictions are ahead for inventors applying for patents. "All of them (U.S. Supreme Court decisions) are reducing patent rights," he said. 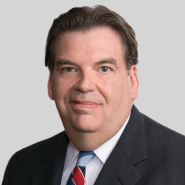