Porter Wright client Automotive Consultants of Hollywood (ACH) now has $1.2 million plus interest and two luxury cars that the U.S. District Court in Cincinnati ordered returned to it. Judge Sandra Beckwith ordered the United States Secret Service to return the property to ACH. Porter Wright's Kathleen Brinkman and Caitlin Chamberlin were local trial counsel with Joshua Widlandky and Steven Padula of Padula Hodkin in Boca Raton, Fla. in the action for return of property before Judge Sandra Beckwith. The government did not appeal the April 1 decision. Automotive Consultants is a broker whose business includes acquiring cars in the U.S. for buyers in foreign countries.

The agency seized the property in September 2013, using the theory that it was civilly forfeitable for being involved in crimes of money laundering and mail and wire fraud. Judge Beckwith held a two-day fact finding hearing in March and disagreed with the agency's theory. "As ACH contends, there is nothing inherently illegal about using wire transfers to move money, nor about wires from foreign sources," she said. "The court must conclude that the United States has not established probable cause to believe the funds are 'proceeds' of wire or mail fraud." Judge Beckwith found, "The Court believes that the record, at best, supports only a suspicion that ACH has engaged in criminal conduct, rather than what its counsel characterized as an arbitrage opportunity, taking advantage of price differentials in foreign countries, an opportunity that the foreign luxury car manufacturers are clearly attempting to eliminate."

The New York Times reported the win on April 3 and noted its significance for similar brokers across the U.S. The Times said, "Federal authorities were dealt a setback this week in their yearlong crackdown on a growing niche business of buying luxury cars in the United States for a quick resale in China . . . ." The Times quoted Ely Goldin, another of ACH's lawyers, as saying, "Being the first ruling of its kind in the auto export sector, it will get attention from other courts. The Judge was taken aback by the entire investigation." 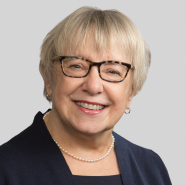