From Dayton Daily News, Cornelius Frolik reporting:
"John Stephen, an attorney with Porter Wright law firm in Dayton who represents employers, said most employers want to fairly compensate their employees, but misclassification happens because of a lack of education about complex labor rules, especially in low-skill sectors. 'I think that only a relatively small percentage of wage and hour claims are intentional efforts to steal someone’s wages,' Stephen said.

"Stephen said the term 'wage theft' does not accurately reflect the nature of most of cases, because they are inadvertent. 'Is it fair to call surfing the Web during work hours stealing from employers?' Stephen said. 'You can label it that way, but I don’t think it is.'" 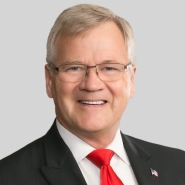