The Ohio Supreme Court on July 17, 2014, issued an opinion very important to construction contractors, subcontractors, and suppliers in terms of getting paid in full on construction projects and who shoulders the risk when the project owner doesn’t pay.

In Transtar Electric, Inc. v. A.E.M. Electric Services, 2014-Ohio-3095, the Ohio Supreme Court revisited this area of law and in a 5 to 2 decision upheld the validity of a “pay if paid” clause holding that, under such a clause, a general contractor was not required to pay its subcontractor if the project owner had not paid the general. Most important, the Court also set very specific requirements for the establishment of a “pay if paid” clause requiring, for example, that the contract specifically set out the owner’s payment as a “condition precedent” to the general’s obligation to pay its subcontractors and suppliers.

With the Transtar Electric decision now firmly on the books in Ohio, every contractor and supplier in Ohio should review its contract language, and every contract it signs, to assure that the contract does – or does not – set out a proper “pay if paid” clause. The results can be significant – even catastrophic – in terms of who is left unpaid if the project owner does not pay in full for the work.

It is also important to remember and consider that there may be other collection remedies, even in the face of an effective “pay if paid” clause. Contractors and suppliers must be fully aware of those rights and remedies if they are to succeed in this competitive construction environment in Ohio. 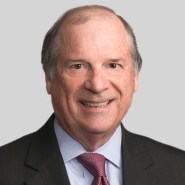