Martin Miller, Of Counsel in Porter Wright's Cincinnati, Ohio, office, has been re-elected president of the Board of Hamilton County Developmental Disabilities Services.

Miller has served the Board for nearly seven years, first appointed by the Hamilton County Commissioners in 2005. He is currently serving his second four-year term, which expires at the end of 2012.

“Marty’s provided the Board with expert support and we are looking very much forward to his continuation as president throughout 2012,” said Alice Pavey, Superintendent of Hamilton County DD Services.

As the father of a son who receives services from Hamilton County DD Services, Miller is intimately familiar with the agency, which supports a wide range of services for nearly 9,000 individuals with disabilities in Hamilton County.

Miller also serves on the Governmental Affairs Committee of the Down Syndrome Association of Greater Cincinnati. 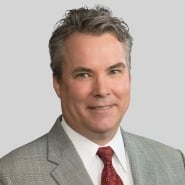