Porter Wright attorney Judd Kessler was named one of America's Leading Lawyers as an international arbitrator in 2014 Chambers USA’s highest level of rankings. This year’s honor for Kessler, whose practice is international in scope, marks the fifth year in a row he has garnered this spot among a select number of attorneys nationwide.

In naming Kessler for the honor, Chambers researchers remarked that “Judd Kessler of Porter Wright Morris & Arthur LLP is recognized by peers as a meticulous arbitrator who is particularly skilled at handling investor-state disputes. He is widely praised for his ‘immense tact and sensitivity and thoroughly good manner.’ " 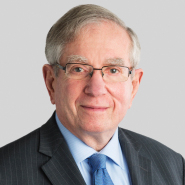