HRHero published attorney Rachel Burke’s article "Sex-Plus" Discrimination Claims Are Still Viable," on Aug. 17, 2014 in HRHero’s online employment newsletter. The article discusses a Sixth Circuit decision on whether a "sex-plus" claim of discrimination – where a former employee claimed that she was discriminated against specifically for being an African American female – can be made under Title VII.

"The case is significant for reinforcing the notion that the various traits protected by Title VII necessarily coexist and should not always be considered separate from each other, but also for its emphasis on the importance of e-mail traffic in discrimination cases," Burke wrote. 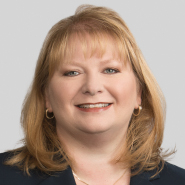